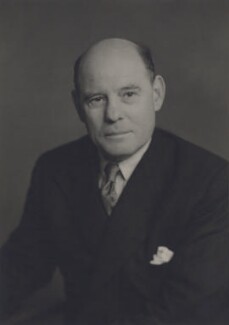 About a year ago there was a great deal of controversy about Blue Labour. Since then, the dust has settled a little and it is possible to come to an assessment about Maurice Glasman’s analysis of Labour’s past and its future trajectory.

There are some aspects of Glasman’s historical interpretation of Labour’s history which I have reservations about. But one of the central ideas of Glasman’s thesis is absolutely correct. Essentially, he argues that the “dominant” political tradition of much of Labour’s politics has been ‘statist’ in character. Both traditional Fabians and those on the left of the Party have sought to create a better and more equal society through utilising the structures of the state, at the same time as increasing centralised economic planning, accompanied by varying degrees of public ownership. I would suggest that the achievement of this goal has been the dominant theme of the Labour movement’s history from the adoption of the Labour Party’s constitution in 1918 through to New Labour.

There is however a different strand of socialist and social democratic thought which has been powerful in Labour’s history and which is particularly relevant today. Alongside those who saw control of the ‘state’ as the be-all and end-all of socialism, there were others who saw and practiced their socialism in a different way. Rather than seeing socialism as ‘top-down’, it was argued that to transform the economy and society it was essential for there to be local grassroots activity and engagement, whether it be in the local community or at the place of work, accompanied by effective decentralised government.

Of course, there are always plenty of overlaps in Labour history. For example, those who believed in extensive nationalisation were often active in their local communities, and those who adhered to Marxism and “scientific socialism” often had a “moral” critique of capitalism, even though they seldom admitted it. Nowhere was this overlap more in evidence than in the Miners’ Institutes of the South Wales coalfield and in the working class adult education movement, where “students” often attended classes organised by the Workers’ Educational Association (WEA) and the National Council of Labour Colleges (NCLC) even though the two were ideologically opposed to each other.

Alongside the statist tradition of socialism, which arguably came to its apogee in the Labour Governments of 1945-1951, this counter, but in some ways complementary tradition, is varied, rich and exciting. Among its leading lights were William Morris and his ‘arts and crafts’ movement, Robert Blachford and his Clarion newspaper, Keir Hardie with his commitment to Home Rule, G D H Cole and his advocacy of guild socialism, R H Tawney and his passionate belief in equality. As well as such figures whose influence was essentially British there were others who deserve to be rescued from what the historian E P Thompson called the “enormous condescension of posterity”, whose nexus was Welsh or South Walian as well as British.

Foremost among such individuals was Ness Edwards. He was the Labour MP for Caerphilly from 1939 to 1968 and he served in the Labour Government of 1950-51 as Postmaster General. But his greatest contribution to the Labour movement was his successful fight against company unionism in South Wales in the 1930s, followed by his ‘socialist educational work’ in the South Wales coalfield. Ness was what Gramsci would have called an “organic intellectual” -; someone who was very much a product of the society he sought to change. Incredibly, Ness wrote no fewer than five books which covered cultural and historical subjects, and which were all intended to further the socialist cause.

That cause however was not simply the “capture of the commanding heights of the economy”, beloved by some of his contemporaries, it was also the advancement of ‘industrial democracy’. This is another strand of socialist thinking of particular importance to the history of the Labour movement in South Wales. Ness Edwards was very much part of a tradition in the South Wales coalfield which was revolutionary in character, and also based on syndicalist ideas. For the syndicalists, state nationalisation was not enough; workers’ control of industry was the real objective.

The “schoolmaster” of what might be called Welsh syndicalism was Rhondda’s Noah Ablett. He was the main author of the famous “Miners’ Next Step” and coined the aphorism “why cross the river to fill the pail?”In other words, why bother with elections and nationalisation when socialism can be achieved simply by the workers taking over industry?

The flaws in Ablett’s analysis and prescription became self-evident. However what is important from the vantage point of the present is the fact that Ablett had a belief in the inherent capacity of working people to control those factors which impinged upon their everyday lives. That self-confidence was a feature of South Wales in its Edwardian heyday before the First World War, and it continued through the long years of industrial decline beginning in the early 1920s through to the demise of the coal industry in the 1980s.

A contemporary of Ness Edwards and a product of that same intellectual milieu was Aneurin Bevan. Born in Tredegar in 1897, Bevan was a miner who entered Parliament at a young age and of course created the Labour Party’s single greatest historical achievement -; the National Health Service. Although Bevan is generally thought of as the archetypal left-winger who believed in nationalisation and the strong State, the real Bevan was a far more complex and nuanced individual. Just read his book “In Place of Fear” and you will see what I mean.

Bevan’s vision for the National Health Service was not so much a Beveridge-inspired civil service blueprint; rather it was drawn from his own experience of the Tredegar Medical Aid Society. Importantly too Bevan’s experience of dealing with housing matters when a local councillor was as important for him when he became a Housing Minister as any centrally devised plan to improve the nation’s housing stock.

Ness Edwards’ immediate predecessor as MP for Caerphilly was Morgan Jones. He had, like Bevan, a background in local government but one that was far more extensive. He was a stalwart of the radical Independent Labour Party (ILP) and was a leading member of Gelligaer Urban District Council, where he played a prominent role in bringing about a major council house building programme for the area. Morgan Jones then went on to become a leading member of the Education Committee of Glamorgan County Council before becoming an MP.

Morgan Jones’ political journey was by no means untypical and Labour’s involvement in local government in Wales is in fact a vital part of Labour’s story in Wales. Although largely overlooked by Labour historians, that tradition resulted in untold improvements in the lives of thousands upon thousands of people. Housing and education were seen as two priorities which had a huge impact on people’s current living standards and their children’s future prospects. Not for Labour councillors of the 1920s and 1930s and indeed after the Second World War as well, was the idea that socialism was only about electing a Labour government in London; just as important was being active in the local community and using the local authority to achieve tangible and immediate results.

Another important strand in the Labour movement’s pedigree is the Co-operative tradition. Following the example of Cwmbach where the first co-operative store in Wales was established, at one time virtually every community in South Wales had a Co-op store and the Co-operative Party succeeded in keeping alive the flame of mutualism, even when at times ‘co-operation’ became unfashionable.

Today, the world in which we live is very different from the world which saw the genesis of the Labour movement. But in so many frightening ways there are similarities. The crisis of capitalism today is worse than anything that we have seen since the 1930s and power and wealth is located in the hands of a truly privileged elite. More than ever before, we need to develop a vision and policies which are up to tackling the challenges we face. Those challenges must be met at a number of different levels; no longer is it appropriate for us to believe that simply capturing and utilising the British State is enough. What is needed is a politics which is designed to redistribute wealth and power by working alongside and with the people. That is why the “forgotten” traditions of the Labour movement here in Wales need to be remembered, but more importantly they need to be learnt from and built upon.

This article was originally published in the Bevan Review and was republished on the Shifting Grounds website.