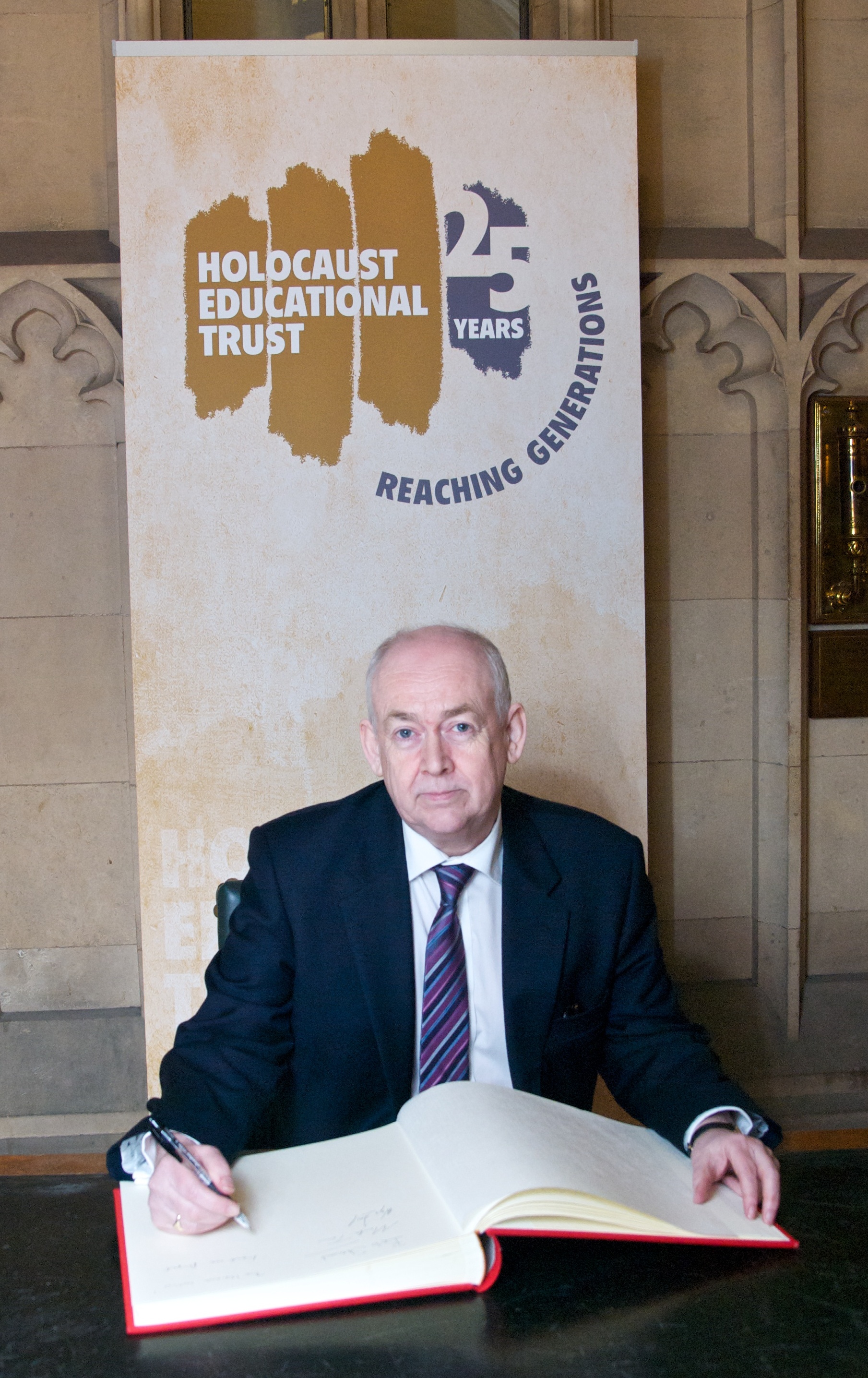 Wayne David, Labour MP, has given his support to Holocaust Memorial Day by signing a Book of Commitment in the House of Commons.

Holocaust Memorial Day will take place on Sunday 27 January and is held to honour all of the people who died in the Holocaust. The date is the 68th anniversary of the liberation of Auschwitz-Birkenau, the Nazi concentration and extermination camp, which is the site of the largest mass murder in history.

The theme for this year’s Holocaust Memorial Day is Communities Together: Build a Bridge, honouring those communities that were destroyed in the Holocaust persecution and in subsequent genocides. It will also encourage people to reflect on the importance of coming together to oppose prejudice and hatred.

In signing the Book of Commitment, Wayne David paid tribute to those who perished during the Holocaust and honoured the extraordinary Holocaust survivors who work tirelessly to educate young people about what they endured, through the work of the Holocaust Educational Trust.

Mr David said: “I pay tribute to the work of the Holocaust Educational Trust, which has been working with schools, faith groups and community organisations to organise commemorative events to remember all the victims of the Holocaust and subsequent genocides

“Holocaust Memorial Day is an important opportunity to remember the victims of the Holocaust. I encourage all constituents to mark the day and to join members of our community in the fight against prejudice and intolerance.”