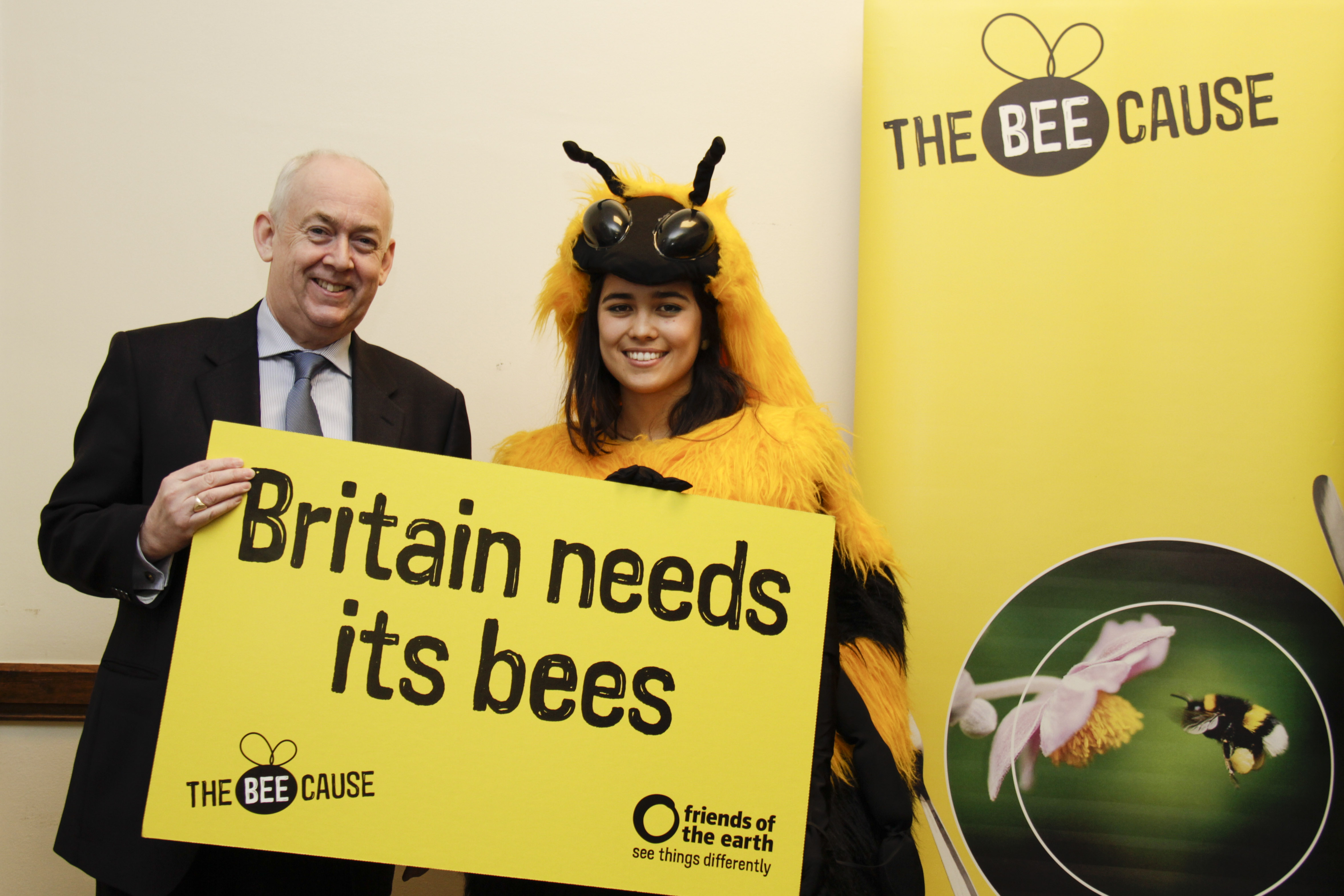 At an event organised by the environment charity Friends of the Earth, Mr David backed their campaign to draw attention to the alarming decline in bee numbers throughout the UK. The Bee Cause campaign has been backed by more than 80,000 people and calls for a National Bee Action Plan aimed at saving our bees.

Bees are not only makers of honey, they are also crucial for pollinating crops and plants. A sharp fall in their number in recent years has led to growing concerns about the impact this may have on our local environment, farmers and the economy.

A study last year found that if bees disappeared it would cost British farmers at least £1.8 billion a year to pollinate their crops by hand – which would cause food prices to rocket.

Speaking at the event in Westminster, Mr David said, “I am extremely concerned about the rapid decline in British bees. They are not only an iconic part of our countryside; they play a vital role in pollinating our crops and flowers too.

“It is great news that Friends of the Earth is creating a buzz about these crucially important insects -; I’ll be doing all I can to help protect our bees in 2013.”