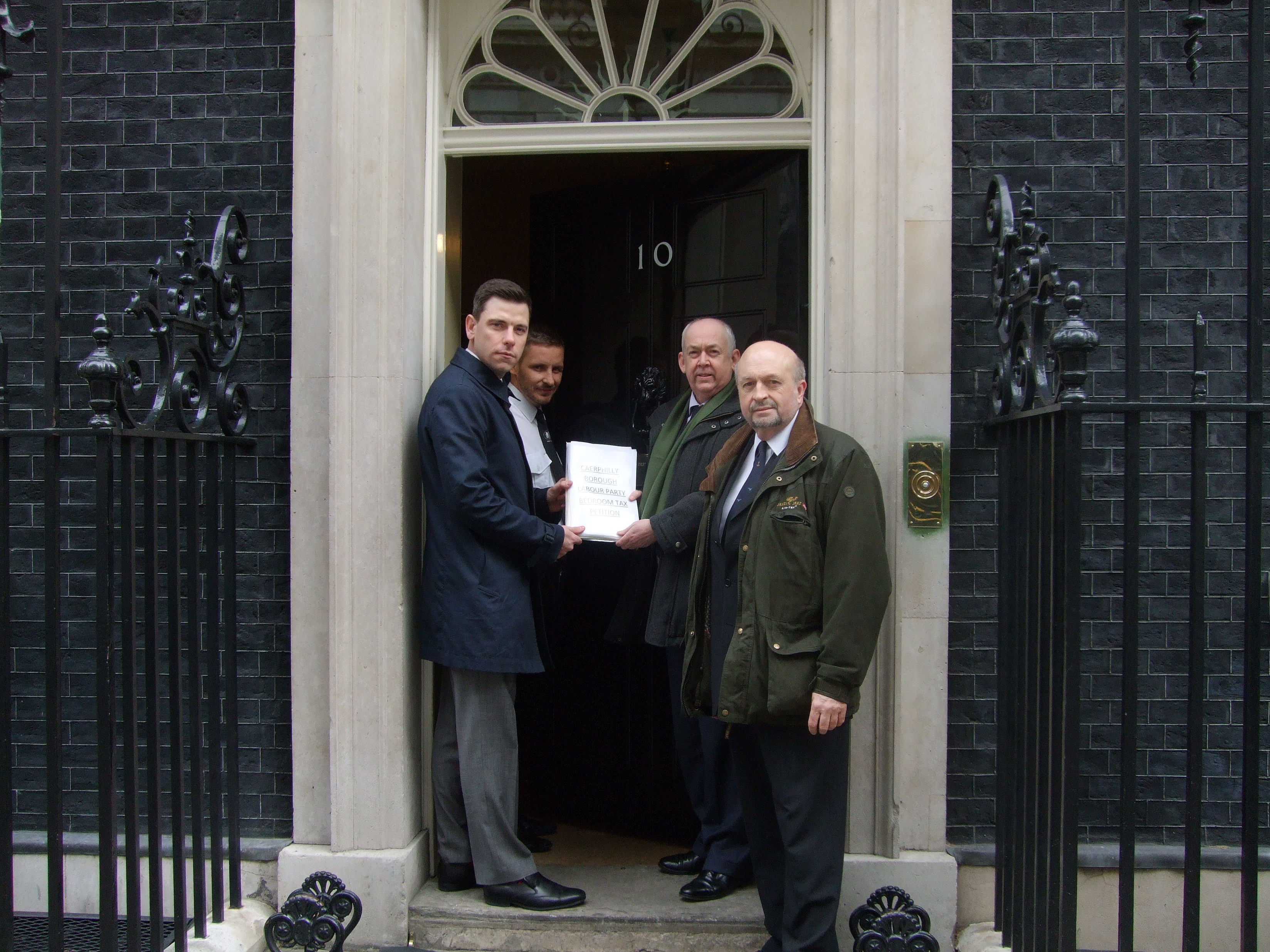 The petition had been signed by 8,000 residents of the Caerphilly County Borough.

Caerphilly Labour launched the petition in February calling on the Tory-led Government to change its Welfare Reform Act and withdraw the cuts to Housing benefit – the so-called Bedroom Tax.  As things stand, the Bedroom Tax is to be introduced on 1 April.

According to central government figures over 3,000 families will be adversely affected in the Caerphilly Borough. These figures include a large number of people with disabilities. Mr David has already raised the case of Mr and Mrs Goodwin of Blackwood with the Prime Minister, and only yesterday he was approached by Mr Stephen Palmer of Llanbradach who has a kidney dialysis machine specially fitted in the second bedroom of his two bedroom house and has been told that he will be subject to “the Bedroom Tax”.

Mr David said, “This petition has been organised by the Labour Party throughout the Caerphilly Borough. Residents from Rhymney to Risca, from Crumlin to Caerphilly have signed the petition. Everywhere people realise that this Bedroom Tax is unfair and hits the most vulnerable hardest. The petition calls on the Government to withdraw this ‘tax'”.