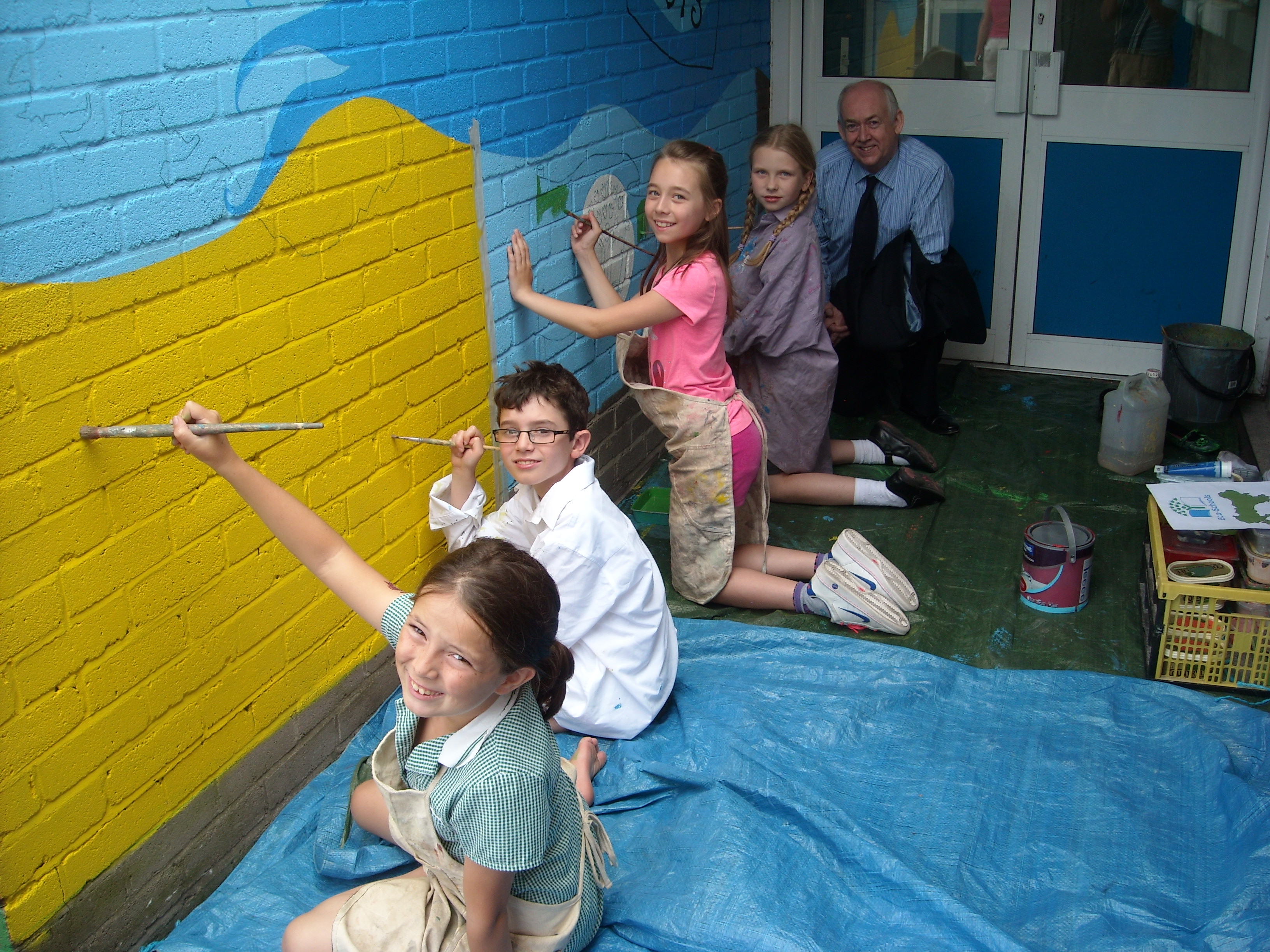 The school has recently been awarded a Welsh Heritage Schools Initiative Award for the fourth year running.  This year the award was for the school’s outstanding work in preparation for the celebration of its centenary.  A special centenary concert will be held at the school on Tuesday 16 July at 10am.

Mr David visited the school and congratulated the pupils for the work they have been doing.  Mr David also praised the headteacher, Steve Noel, and teacher Caroline Ap Hywel.

“The work which is being done at Trethomas” said Mr David “is truly outstanding.  A first rate book has been produced which shows how the school has developed over the past 100 years.  The pupils have also worked hard on a wonderful mural which depicts the school and its community from 1913 to 2013.  The school is a fantastic tribute to the hard work of pupils and staff alike”.

In the picture above Wayne is with some of the pupils as they put the finishing touches to the mural ready for the school’s centenary celebrations.