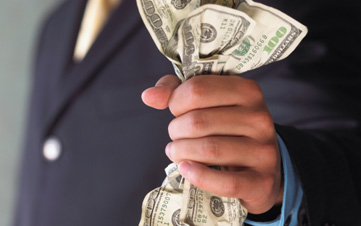 Is social class important? Unfortunately, the answer is ‘yes’. Britain has one of the most class-divided societies in Western Europe and this explains two things -; why Britain is such an unequal country and why our country is not fulfilling its potential.

Over the past few years it is a fact those at the top of our society have become increasingly wealthy. There are 88 billionaires in today’s Britain and 1.5% of the population are millionaires. The scandal of huge, mind-blowingly large bonuses to bankers has highlighted the massive differences in our country between those at the very top and everyone else.

Britain has traditionally been a society divided by social class. First it was the aristocracy and the peasants, then it was the industrialists and the workers, and now it is the super-rich financiers and everyone else. The divisions in our country are often the result of hereditary (the rich pass on their money to their children) and a privileged education (the rich can afford to send their children to elite ‘public’ schools which enable them to gain easy access to Oxbridge and then to get top jobs).

Since the international financial crisis of 2008 our social divisions have become worse: the already rich have become richer, while everyone else, including the poor, have been made to pay the price of the near collapse of the banking system.

At the same time, there are fewer and fewer pupils from state comprehensives, especially in Wales, going to the top universities. The reasons for this are complex, but fewer entrants and applicants to Oxford and Cambridge from places like Caerphilly is most definitely not due to today’s youngsters being less bright than their predecessors. Increasingly, it seems that the route to Oxbridge is becoming more and more the preserve of the rich, whose children are given specialist tuition in schools like Eton.

I believe in equality of opportunity and I am firmly against vested interests and privilege. Not only is this important to create a ‘fairer’ society, but it is also necessary if we are going to build a country which develops to the full the potential of all its people.