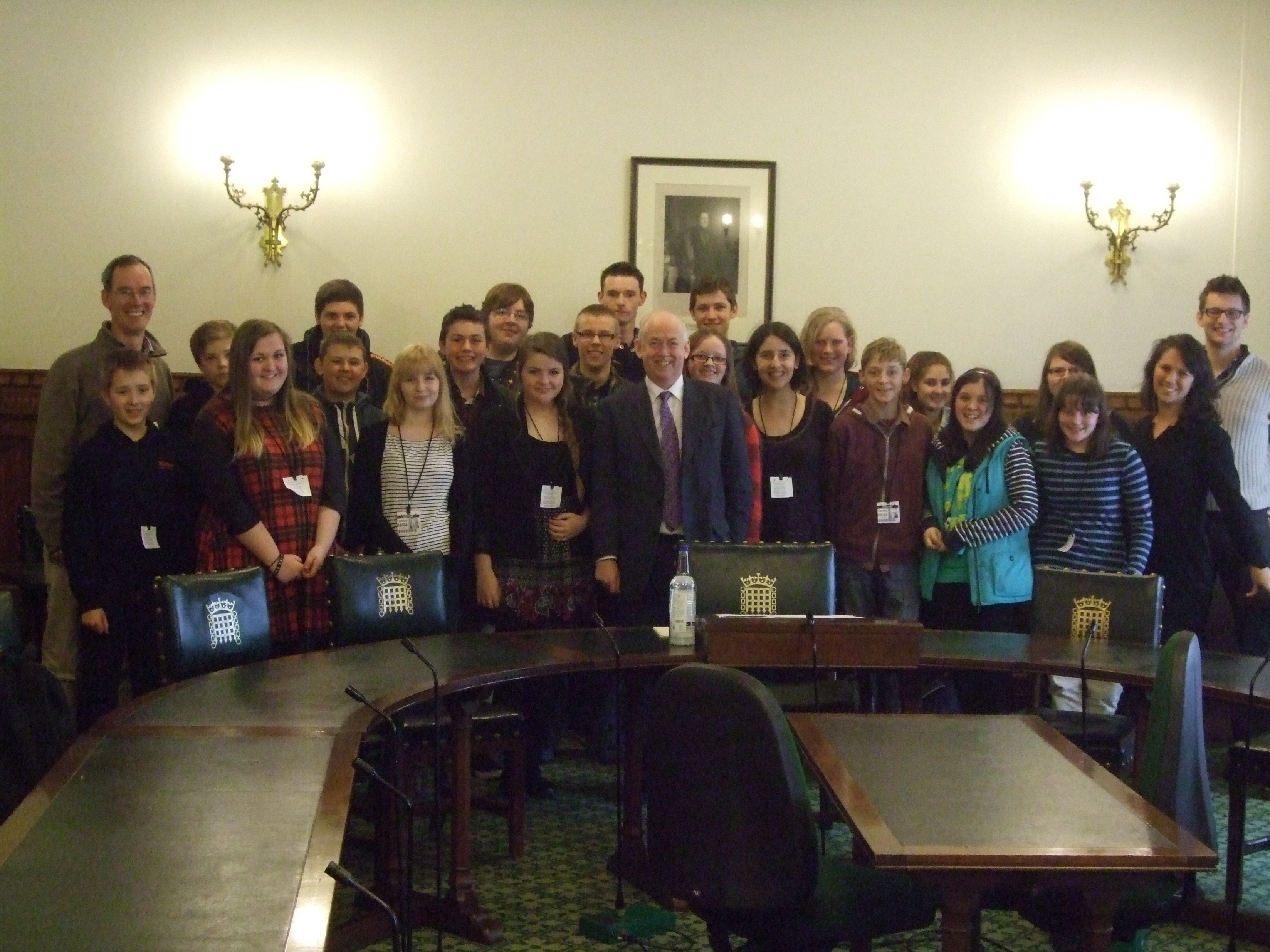 Wayne David, Labour MP for Caerphilly, has met with a group of pupils from Wyclif Independent Christian School in Machen during their visit to the House of Commons.

After being taken on a guided tour of both Houses of Parliament, the 20 students met with Mr David and had the chance to ask him about his work as the Member of Parliament for the Caerphilly constituency. The topics they discussed included votes for 16 and 17 year olds, the bedroom tax, the NHS and Mr David’s own background.

The students then had the opportunity to sit in and listen to a debate in the House of Commons Chamber, before seeing some of the sights of London on the London Eye.

Following his meeting with the group, Mr David said, “It was a pleasure to welcome the pupils from Wyclif Independent Christian School to Parliament today. We had a good discussion and they asked some great questions. Their visit has shown me once again that young people are as interested as anybody else in the decisions that affect their local community and the whole country.

“I hope they had a memorable day visiting Parliament and the London Eye”.