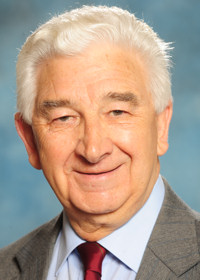 Wayne David, MP for Caerphilly, has paid tribute to Councillor Harry Andrews MBE who has decided to step down from the leadership of Caerphilly County Borough Council.

Wayne David said, “Harry Andrews is widely respected for the work he has done for his community of Gilfach and the County Borough. He has led the Council with honesty and integrity during a difficult period and the many positive things which have been achieved are due, in large part, to his dedication and hard work”.

Harry Andrews has announced that he will step down from the Leadership of the Council in May.  The majority Labour Group on the Council will then put forward a new nominee for leader.