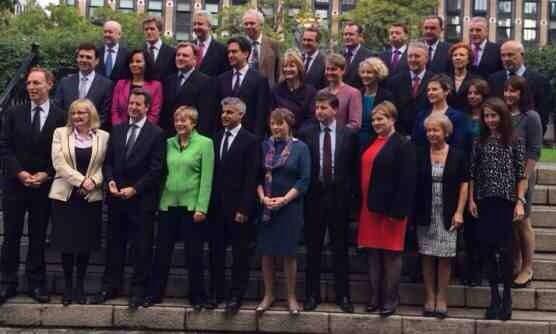 The meeting in Nantgarw was the first time that both Cabinets have met together in such a meeting. After the meeting members of the Cabinets visited various projects, initiatives and enterprises in the Pontypridd, Cardiff and Caerphilly areas.

Three members of the Shadow Cabinet visited the Caerphilly area. Rachel Reeves, Shadow Work and Pensions Secretary, went to the Innovation Centre for Enterprise (ICE), the business innovation hub in Caerphilly. Here she was joined by local AM and Minister for Communities and Tackling Poverty, Jeff Cuthbert, and Deputy Minister for Skills and Technology, Ken Skates AM.

Wayne David said, “I am delighted that we had three Shadow Cabinet members visiting Caerphilly and that the Shadow Cabinet itself held a meeting at the site of one of the most important employers in the area. This really shows that Labour is well and truly in touch with the issues confronting people in this part of South Wales. I am sure that the visit will be an important staging post for the next election.”