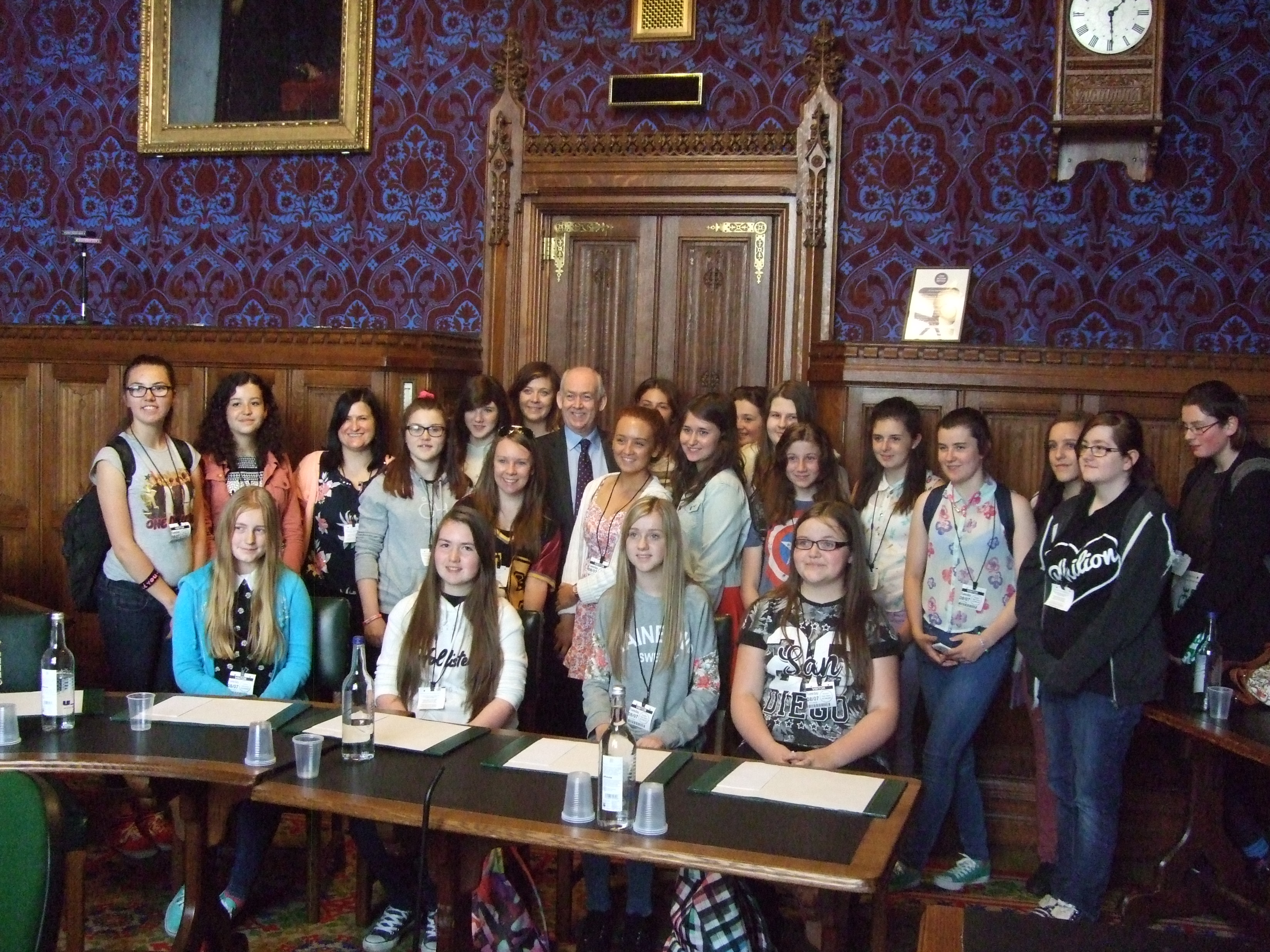 Wayne David, MP for Caerphilly, has met with pupils from Lewis Girls School in Ystrad Mynach.

Many of the pupils are involved in a Heritage Lottery Fund project exploring the work and achievements of Lady Rhondda, the feminist suffragette.

After a tour of Parliament where they saw a portrait of Lady Rhondda in the House of Lords, the group of 20 students met with Mr David and asked him a range of questions about his work as a Member of Parliament. Mr David stressed that it was important for young people to be interested in politics because they were quite literally the future.

Following the meeting with Mr David, the group were going to the Museum of London where they hoped to learn more about Lady Rhondda.