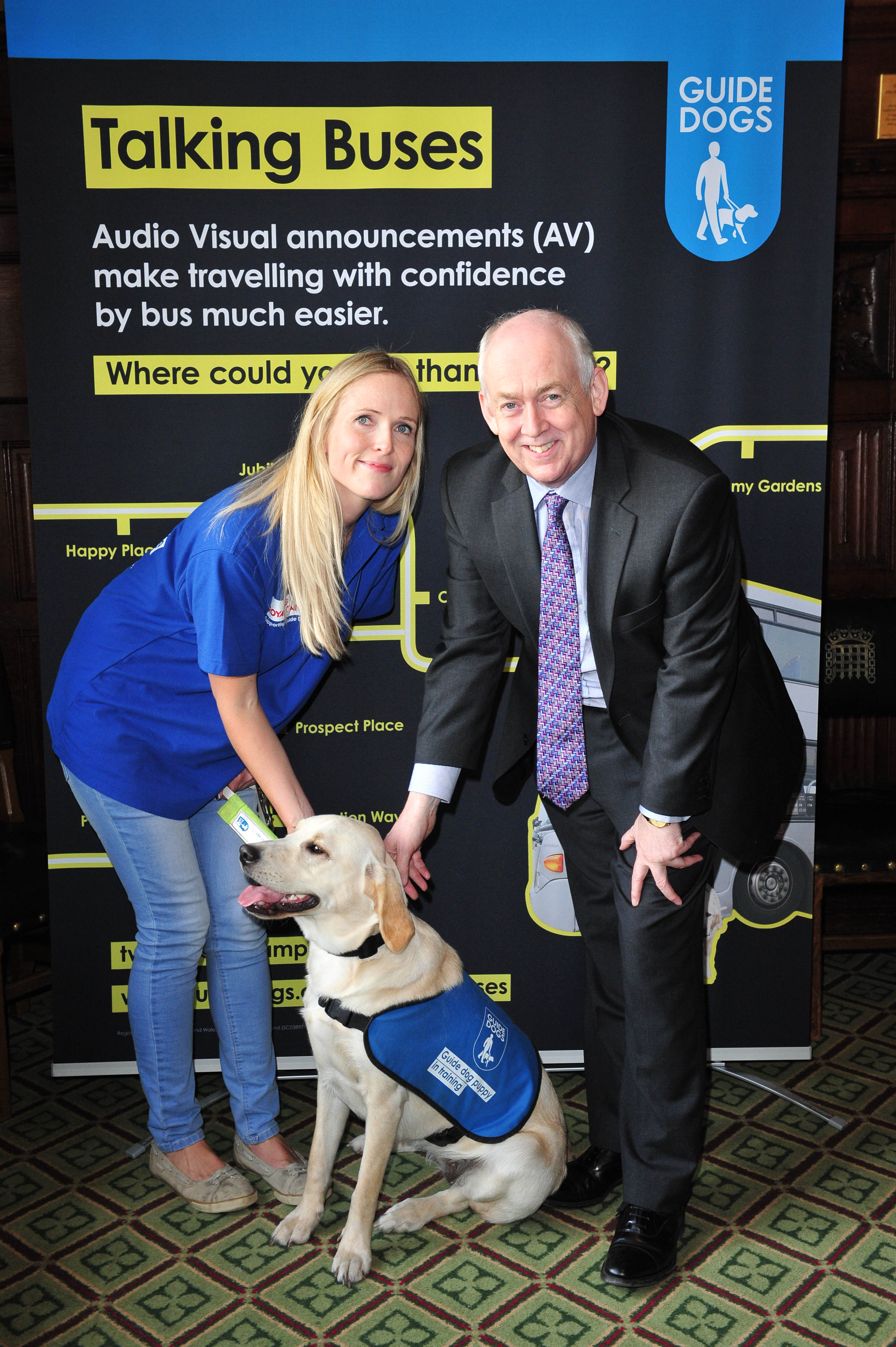 Wayne David, Labour MP, has given his support to a campaign to make travelling by bus easier for people with sight loss.

At an event in the House of Commons, held by the charity Guide Dogs, Mr David heard how only about one fifth of buses across the country currently have audio visual systems fitted. Mr David also met with Ushka, a guide dog puppy.

Speaking after the event, Mr David said, “I am delighted to support this important campaign by the charity Guide Dogs.   Buses are a lifeline for people who are blind or partially sighted, giving them the opportunity to travel safely and independently. However, if the bus does not have an audio visual system it can make travelling more difficult and more stressful.

“Safe and accessible bus services give people with sight loss much greater freedom to work, socialise and participate in their local community.”