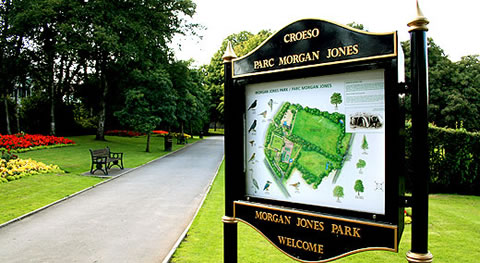 Following the articles I have written about Morgan Jones, the conscientious objector and Caerphilly MP, I was surprised how many people said to me “I always wondered why the Morgan Jones Park was given that name”.

There is of course the ‘Aneurin’ Club in Penyrheol, named after Nye Bevan, the founder of the NHS. But it is not widely known that many streets and even two housing estates in Caerphilly are named after prominent Labour politicians of their time.  There is Bondfield Park, named after Margaret Bondfield, who rose from being a shopgirl in Brighton to become the first woman in a Labour Cabinet.  There is also Lansbury Park, named after the leader of the Labour Party in the 1930s, George Lansbury.

The fact that so many places are named after Labour politicians is of course a reflection of Caerphilly’s traditional political affinity.  But in recent times Caerphilly has been more of a political mix and, again, this is reflected in the fact that the Playing Fields off Crescent Road are named after Owain Glyndwr, who many see as a great Welsh nationalist figure.

Of course the use of political names is not always popular and sometimes using certain individuals’ names falls out of fashion.  Take the Caerphilly Business Park for example.  When this was originally opened in the 1960s, it was called the Harold Wilson Industrial Estate, named after the Prime Minister of the day who actually came to Caerphilly to officially open it.  And in today’s anti-politician climate it would be a brave councillor who suggested anything being named after a politician.