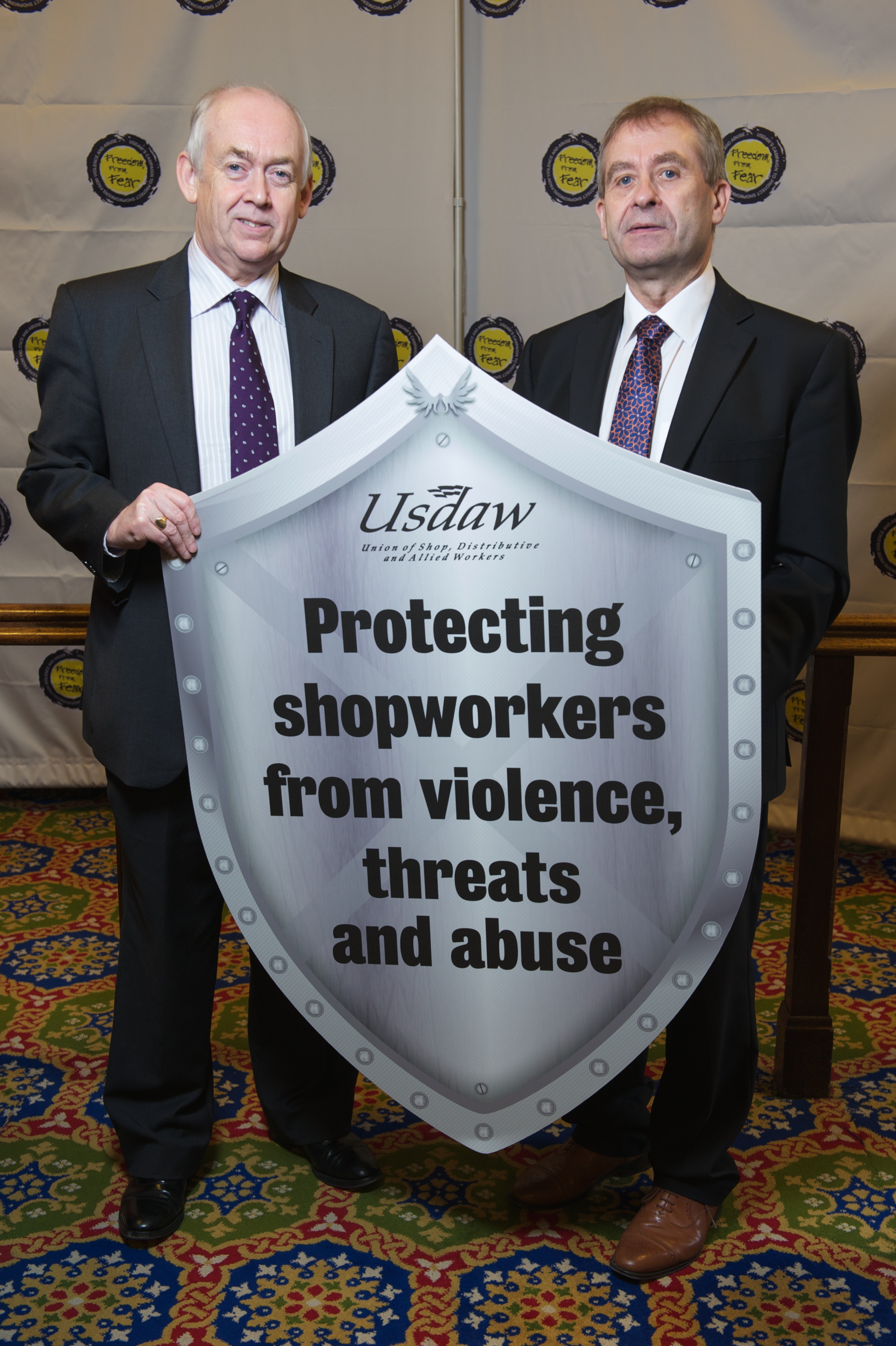 Wayne David, Labour MP for Caerphilly, has backed a campaign by the retail union
Usdaw to give shopworkers respect.  Mr David also spoke out in support of the union’s ‘Freedom From Fear’ campaign, which seeks to prevent violence, threats and abuse directed at retail staff.

Attending a campaign event in the House of Commons, Mr David has pledged his support for a Protection of Workers Bill that would introduce a specific offence of assaulting a worker serving the public. This new crime would extend protections that are already in place for police officers and immigration officers.

Speaking after the event in Parliament, Wayne David said, “Too often retail employees are confronted with violence, threats and abuse and it is really important we stand together and ask people to respect shopworkers.

“I support Usdaw’s campaign for stiffer sentences, which is why I have been very disappointed that Tory and Liberal Democrat MPs have joined together to block this measure on five occasions over the last few years when it has been proposed by Labour.

“Making the assault of a worker serving the public an offence in its own right would simplify sentencing. Under existing guidelines, assaulting a worker is an aggravating factor, but there are concerns this is not being applied when decisions are made about prosecutions and sentencing.

“I will continue to campaign with Usdaw for a change in the law to ensure that proper punishments are given out. We must give a clear message that assaulting workers who are serving the public is totally unacceptable.”

In response, John Hannett, Usdaw General Secretary said: “I am grateful to Wayne David for supporting the campaign to keep shopworkers and others serving the public safe at work.

“Often, in the course of their duties, shopworkers are expected to enforce the law. Whether that is preventing under-age purchases of products like knives, tobacco or alcohol, or detaining shoplifters until the police arrive, they can be put in real danger. Parliament has given shopworkers the duty to enforce the law, so Parliament should provide the necessary protection.