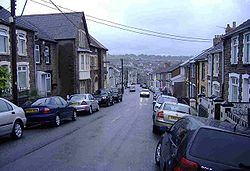 Wayne David, Labour MP for Caerphilly, has attacked the Westminster Government for pursuing welfare policies which are creating hardship for individuals and taking money out of Valley communities.

In a Westminster Hall debate, Wayne David referred to a recent report by the Centre for Regional, Economic and Social Research entitled ‘The impact of welfare reform on the Valleys’. The report was published in September.

In the debate Mr David said, “The Government’s welfare cuts are hitting the poorest hardest. Communities as well as individuals are suffering. In my constituency of Caerphilly the overall financial loss per adult is £820 in Bargoed and £790 in the St James ward of Caerphilly town.

“These cuts are taking money out of already poor local communities and causing further impoverishment. At the same time, the Government is forcing through local government cuts which will again hit these local communities hard. This double whammy is very bad news for the Valleys”.

Such is the scale of the welfare cuts that almost four times more money is being taken out of the South Wales economy as is coming in through European funding.

Wayne David concluded his speech by saying that it was all the more important for a Labour government to be elected next May. He was confident that such a government would work in partnership with the Labour Welsh Government to tackle the deep-seated economic and social problems which the South Wales Valleys are still facing.