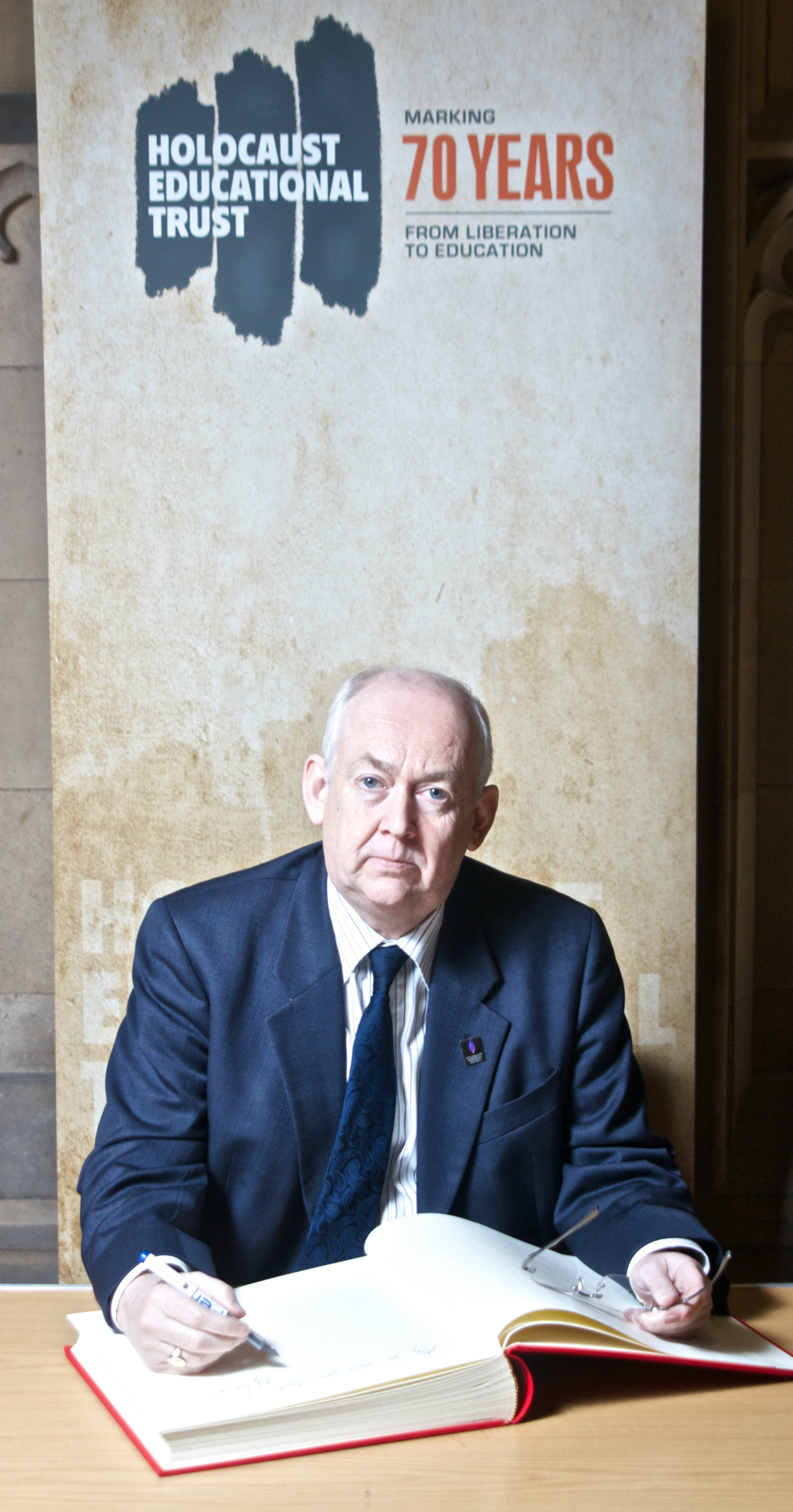 Wayne David, MP for Caerphilly, observed Holocaust Memorial Day by adding his name to a Book of Commitment in the Houses of Parliament.

This year the Day marked the 70th anniversary of the liberation of Auschwitz-Birkenau, which was the site of the largest mass murder in history.

In signing the Book of Commitment Mr David paused to honour the millions of people who were murdered during the Holocaust. He also paid tribute to the extraordinary survivors who have chosen to dedicate their lives to visiting schools and educate younger generations about the need to challenge all forms of bigotry.

Wayne David said, “Holocaust Memorial Day is an important time to remember the victims and survivors of the Holocaust and make sure they are not forgotten. As this year is the 70th anniversary of the liberation of Auschwitz the Day was of particular significance. A few years ago I visited Auschwitz. This was an incredibly moving experience that will stay with me for the rest of my life.

“It is essential that we keep the memory alive of what went on in the Holocaust as we continue the fight against discrimination and prejudice. Holocaust Memorial Day is an important part of this process.”