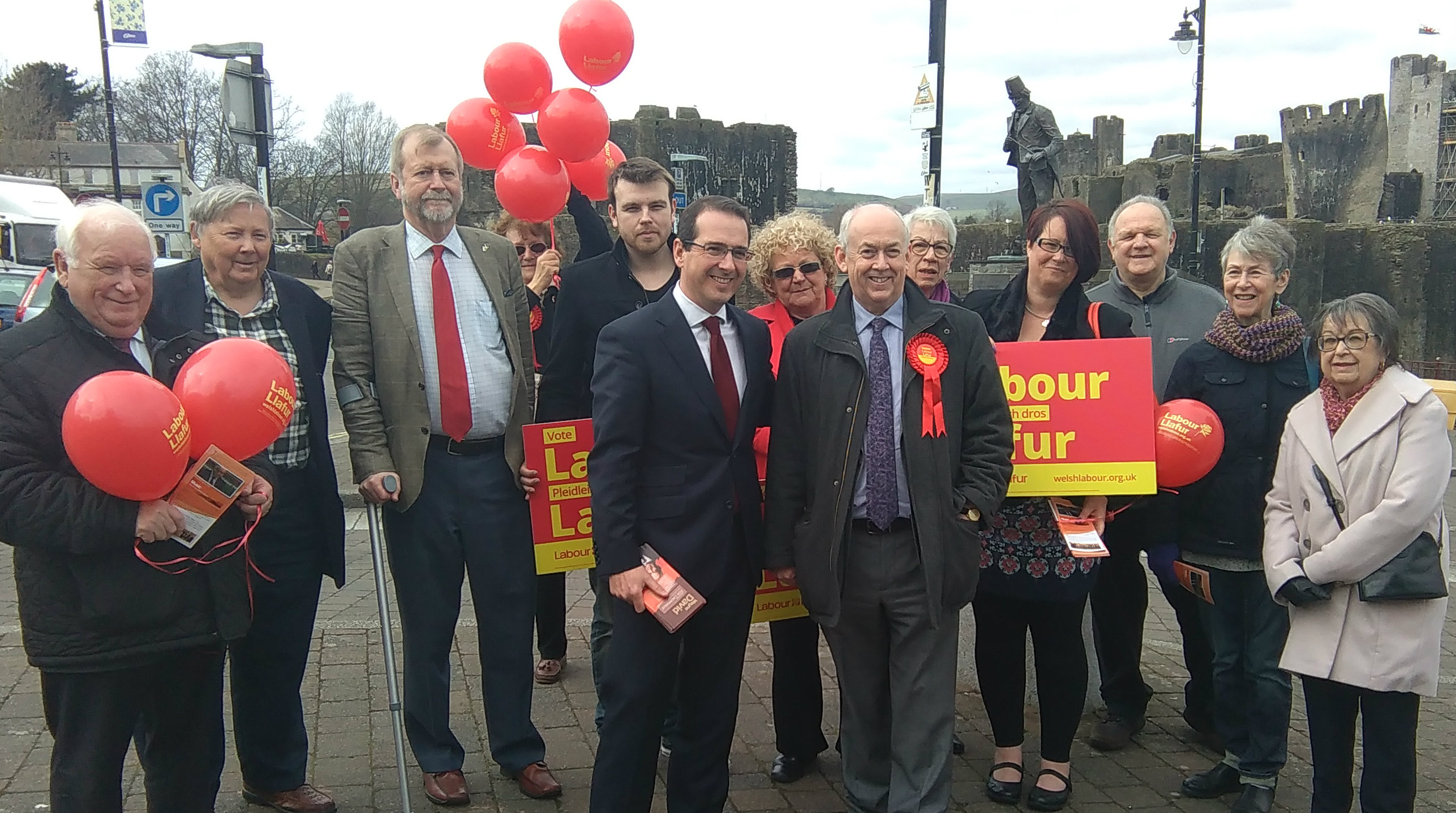 Wayne David has launched his campaign to be re-elected MP for Caerphilly in Caerphilly town centre.

He was supported by Owen Smith, the Shadow Secretary of State for Wales.

Owen Smith came to Caerphilly to begin his tour of all Wales’s constituencies and was met by over a dozen Caerphilly Labour Party Members.  The group of Labour supporters then distributed leaflets throughout the centre of Caerphilly and Wayne David and Owen Smith met many local people.

Wayne David said “Our campaign has got off to an excellent start.  Owen and I had a really warm response from people in the centre of Caerphilly.  Our task is now to carry the campaign forward to the General Election on 7 May.

“There is no doubt that the coalition Government has been bad news for Wales and for Caerphilly in particular.  A Labour Government would replace despair with hope and begin the process of turning the country into a fairer society.  We want a Government for the many and not what we have now, a Government which looks after the rich and privileged.”