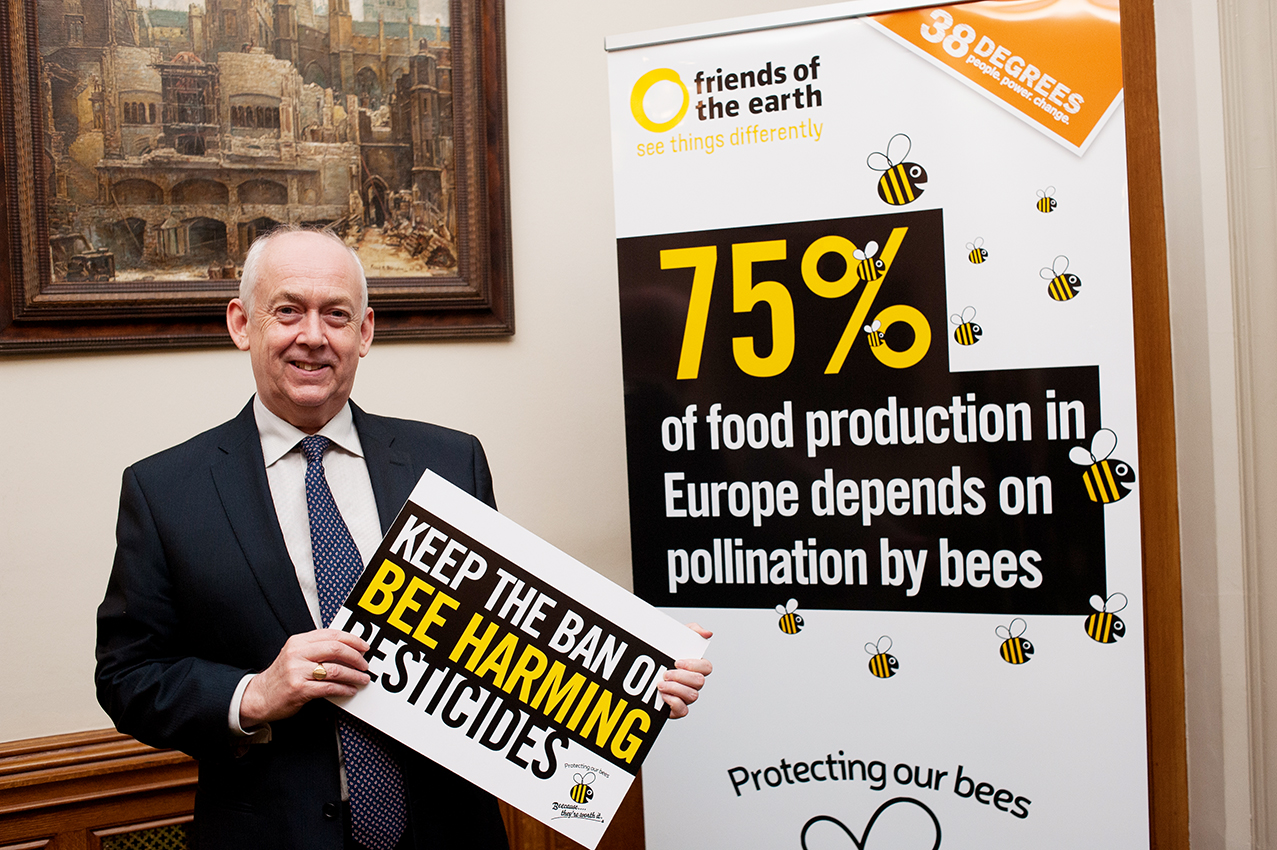 Wayne David MP has spoken out against proposals for the temporary lifting of a ban on pesticides that are harmful to bees.

Conservative Ministers at Westminster are considering whether to lift the ban on dangerous pesticides, known as neonicotinoids, this autumn, despite clear evidence of the damage they do to British bees.

Bees are crucially important to the UK economy. Without them it would cost farmers around £1.8 billion a year to pollinate their crops, which would lead to higher food prices. The latest figures show that 85% of the UK’s apple crops and 45% of our strawberry crop rely on bees to grow.

The ban on neonicotinoid pesticides was introduced across the European Union in 2013, following scientific evidence that they posed an unacceptable danger to bees. Since then new studies have supported the need for the ban to remain in place.

However, Conservative Ministers are now considering a proposal that the ban should be lifted.

Speaking in Parliament after attending a meeting organised by the environmental group Friends of the Earth, Wayne David said, “This is an important issue and I know from the number of emails and letters that I have received that many of my constituents understand the need to keep this ban in place.

“Bees are crucial for our food and farming. I hope that the UK Government will listen to the scientific evidence and reject the calls for the ban on these pesticides to be lifted”.

In Wales the Welsh Government has published an Action Plan for Pollinators, which sets out Welsh Labour Ministers’ commitment to protecting bees and other pollinator populations. This has been welcomed by wildlife organisations.