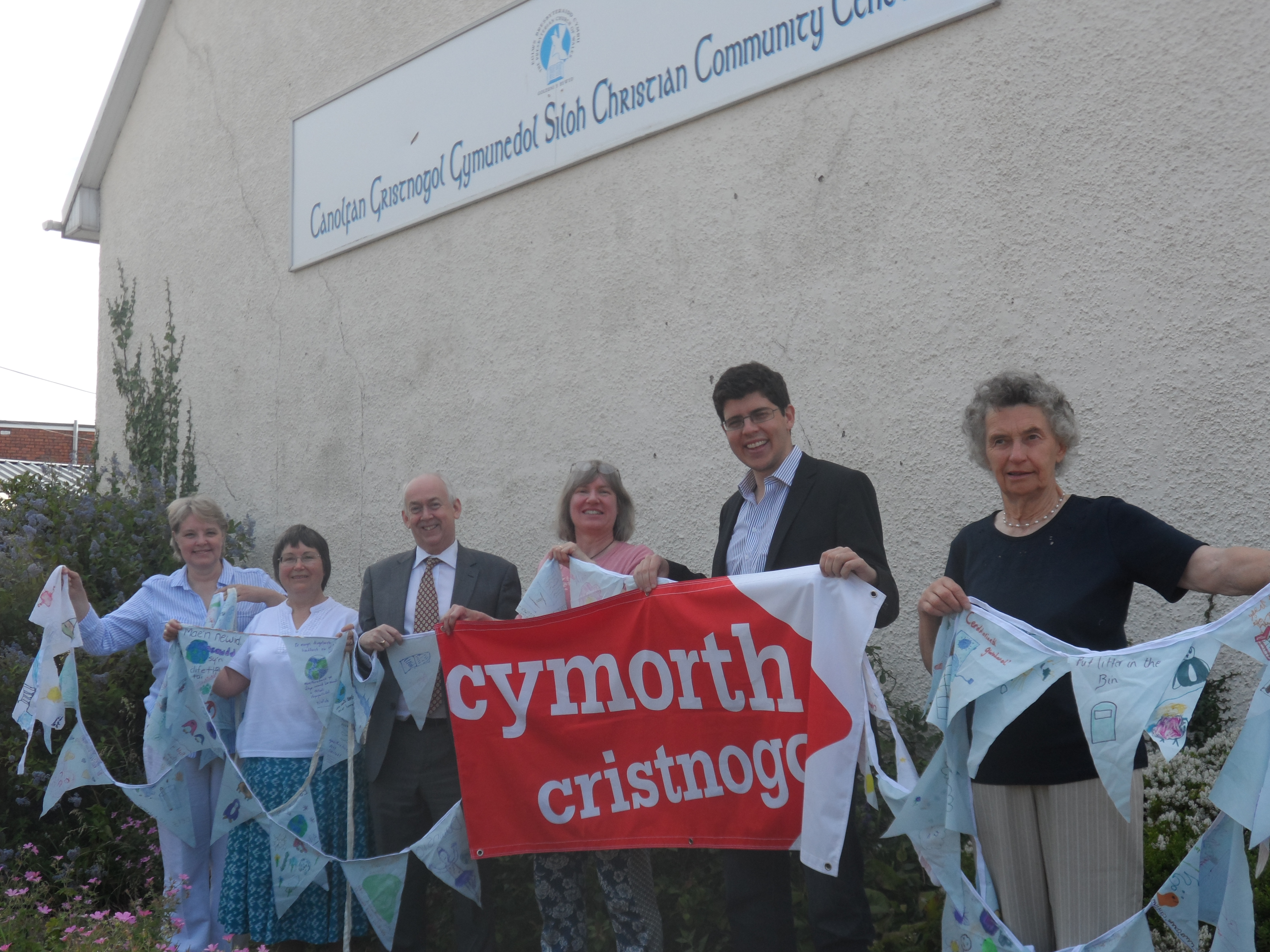 A group of Caerphilly residents have met with their MP Wayne David on behalf of Christian Aid to discuss the urgent need to tackle climate change.

The meeting followed the first lobby of the new Government which saw 9,000 people from across the UK travel to Westminster as part of the Climate Coalition’s For The Love Of campaign.

The meeting with Mr David was organised by Christian Aid in support of the  For The Love Of campaign and the group spoke to their MP about the things that they love and want to protect from climate change, as well as sharing their vision of a cleaner and greener planet.

Christian Aid supporter, Tamsin Graves from Siloh Christian Community Centre in Ystrad Mynach said,  “We presented Wayne David with an enormous string of homemade bunting filled with messages about climate change created by young Christian Aid supporters during the Urdd Eisteddfod week, and discussed with him just how vital it is that our Government takes decisive and urgent action on climate change.

“Scientists predict that if emissions continue to rise at the current rate, tens of millions more people will go hungry in the next few decades as agricultural yields diminish across the globe.

“The time to act is now. The irony is that here in the UK and in Wales we continue to enjoy our beautiful natural environment, while millions of people around the globe are suffering the impact of our carbon emissions.

“We mustn’t hide away from the consequence of our actions -; we have to keep up the pressure on those in power so they are in no doubt about the strength of feeling from the people of Wales.”

Wayne David MP echoed the groups concerns. He said, “This year is a crucial one in the battle against climate change. In December, the world’s governments will meet in Paris to reach a fair international climate deal. As the first country to industrialise, Britain has a moral duty to lead the way in tackling climate change and is among the richest countries with the most capacity to do so. It is heartening to see Christian Aid joining forces with other like-minded organisations to exert pressure on those in power to act before it’s too late.”