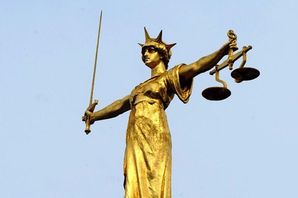 It has been fundamental to our country that ‘justice’ is available to everyone. It must be for all people, irrespective of their wealth, background or social status.

It is because I believe this so strongly that I was horrified that the Government introduced a criminal courts charge. For the past few months a defendant in court who either pleads guilty or is subsequently found guilty has been subject to a court charge. The highest charges have been for those who plead not guilty but are then found guilty.

These charges have been in addition to any fines that the court may have imposed. The fees have started at £150 for a guilty plea in a Magistrates’ Court to £1,200 for a conviction in a Crown Court. There is, in my view, a strong case for convicted criminals to contribute to the costs of their trial, but the Government’s charges were unfair for two reasons. Firstly, they were having a disproportionate effect on the poorest defendants.

And secondly, because of the way the charges were structured, there was a financial incentive for defendants to plead guilty even if they were innocent. Many innocent people thought that it would be unwise to ‘run the risk’ of having to pay a very high fee.

I have written the above in the past tense because the Government has just announced that these charges are to be scrapped. Under pressure from Magistrates, 50 of whom resigned in protest against the charges, and the Opposition (including myself as a Shadow Justice Minister), the Justice Secretary, Michael Gove, announced that the charges were to end on 24 December.

It is to Mr Gove’s credit that he has ditched these charges. They were introduced by his predecessor and seriously questioned the ‘universality’ of our criminal justice system. The imposition of these charges and their subsequent scrapping has, I would hope, re-emphasised one of the most important principles which underpin justice in our country.

This issue has also highlighted the fact that constructive opposition can also produce results. Although many would like to see a change of government, campaigning hard and putting forward a good case on a particular issue can lead to a positive outcome. We do, after all, live in a Parliamentary democracy.