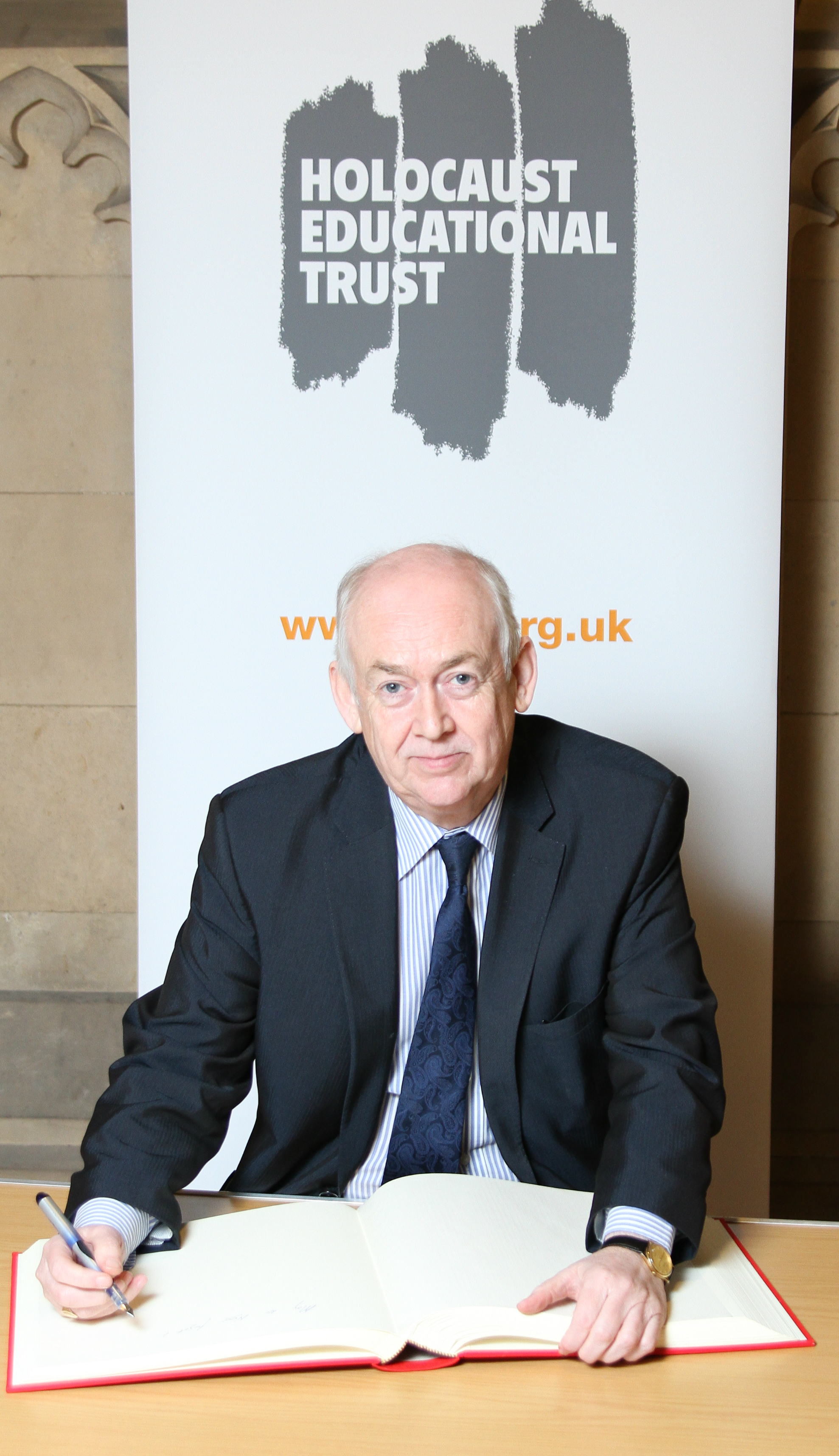 Wayne David, Labour MP for Caerphilly, has added his name to a Book of Commitment in the Houses of Parliament to honour those who died during the Holocaust and to pay tribute to the extraordinary survivors who work tirelessly to educate young people.

Wednesday 27 January is Holocaust Memorial Day and this year will mark the 71st anniversary of the liberation of the Nazi concentration and death camp Auschwitz-Birkenau, the site of the largest mass murder in history.

Ahead of this anniversary, Wayne David was invited by the Holocaust Educational Trust to sign their Book of Commitment. The Book is a mark of respect to those who were persecuted and killed during the Holocaust and is a pledge to support the work of the Trust to learn the lessons from the past and create a safer and better future.

To mark Holocaust Memorial Day, commemorative events will be arranged by schools, faith groups and community organisations, remembering all the victims of the Holocaust and subsequent genocides.

Speaking after he had signed the Book of Commitment, Wayne David said, “Holocaust Memorial Day marks the anniversary of the liberation of the Nazi concentration and death camp Auschwitz-Birkenau -; and is an important opportunity to ensure the victims and survivors of the Holocaust are not forgotten. A few years ago I had the opportunity to visit Auschwitz. This was an incredibly moving experience that will stay with me for the rest of my life.

“It is vitally important that we both continue to remember and learn from the appalling events of the Holocaust, as well as ensuring that we continue to challenge antisemitism and all forms of bigotry. I encourage my constituents to mark the day and to join members of the community in the fight against prejudice and intolerance”.