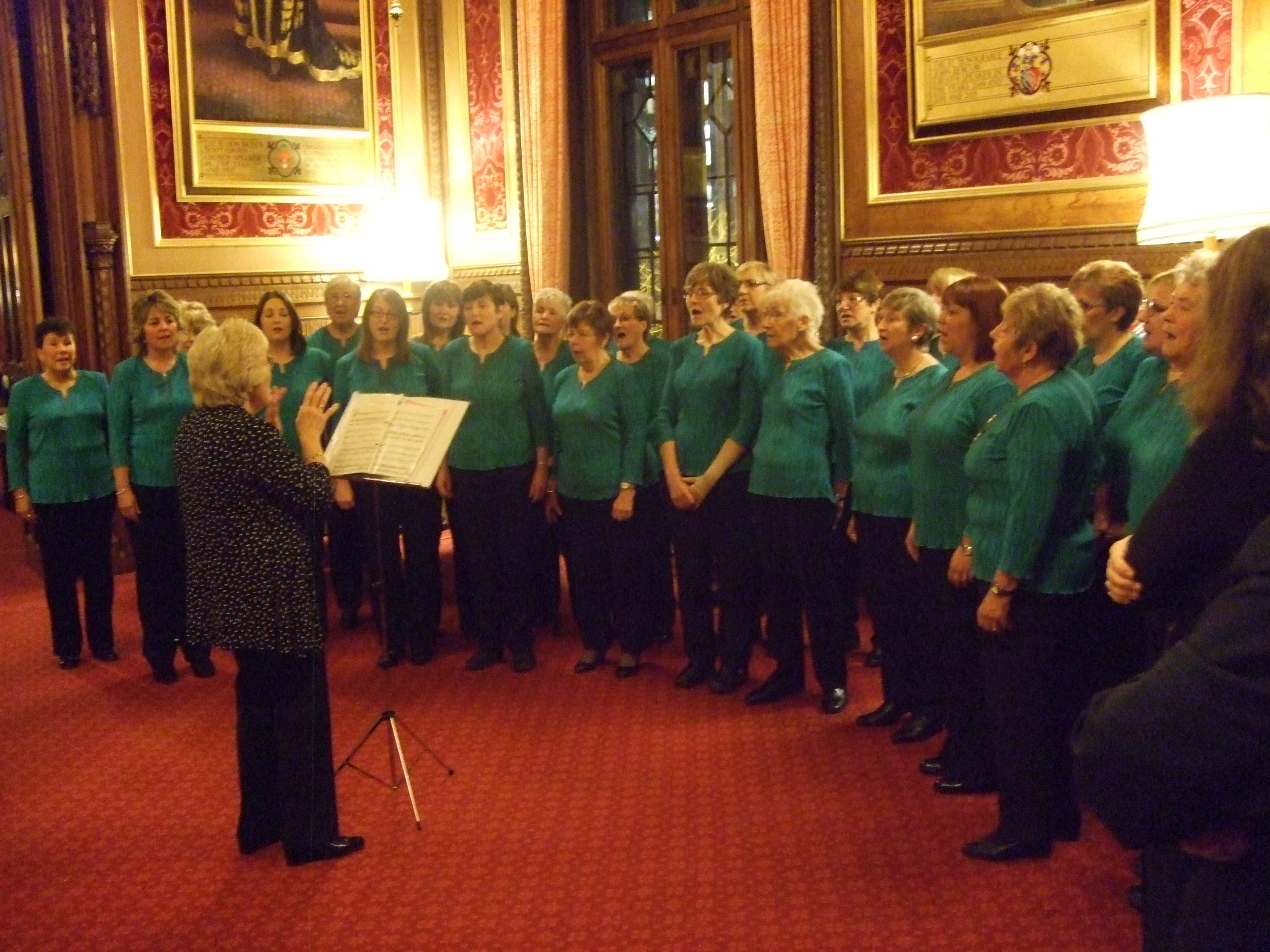 The Caerphilly Ladies Choir has celebrated its 50th anniversary with a reception organised by Wayne David MP. The venue was Speaker’s House in the Palace of Westminster.

During the evening the Choir sang a wide selection of songs including I Don’t Know How to Love Him from Jesus Christ Superstar, Bridge Over Troubled Water by Simon and Garfunkel and Tydi a roddaist.

The Choir was joined at the reception by a number of MPs including Nia Griffith, Shadow Secretary of State for Wales, and backbench MPs from England, Scotland and Wales. There were also members of the House of Lords present such as Baroness Golding, the daughter of Ness Edwards, the MP for Caerphilly from 1939 until 1968. The High Sheriff of Gwent, Andrew Tuggey, and the Lord Lieutenant of Gwent, Sir Simon Boyle, also attended and Sir Simon spoke thoughtfully about the importance of music in Gwent and its impact on young people, something close to the Choir’s heart.

The Deputy Speaker of the House of Commons, Lindsay Hoyle MP, formally welcomed the Choir and spoke about the Choir’s “impressive” fundraising for charity. He also paid tribute to the Choir for singing at the Royal Albert Hall and in the Wales Millennium Centre and the Millennium Stadium in Cardiff.

After the reception Wayne David, MP for Caerphilly and Vice President of the Choir, said “This was a brilliant evening. I was delighted to host Caerphilly Ladies Choir at Speaker’s House to celebrate their 50th anniversary.

Also in attendance at the reception were representatives of Norgine, the pharmaceutical company which has a major factory in Hengoed, who generously sponsored the evening. Nuaire, the manufacturer and distributor of fans based in Caerphilly also kindly helped with sponsorship.

While they were in London, the ladies from the Choir were taken on a guided tour of the Houses of Parliament and had free time to see some of the sights.

In the photograph above are members of the Choir performing at the reception in Speaker’s House. They are being conducted by Jean Davies.