Cllr Harry Andrews to step down 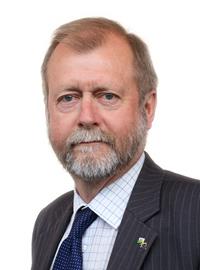 Wayne David, Labour MP for Caerphilly, has responded to the news that Gilfach, Bargoed Councillor Harry Andrews is to step down as a councillor.

It has been announced today that Cllr Andrews is to step down from Caerphilly County Borough Council due to ill health.

On hearing the news Wayne David said, “I was sad to hear that Harry is stepping down from the Council. Harry has been a distinguished councillor for the Gilfach ward for many years. His commitment to his local community was recognised when he received an MBE. As well as being an extremely hard working local representative, Harry was also for a time the Leader of the Council. Throughout his time as a councillor he been known for his dedication, conscientiousness and sheer decency. Whoever succeeds Harry as Gilfach’s Councillor will have a very hard act to follow”.