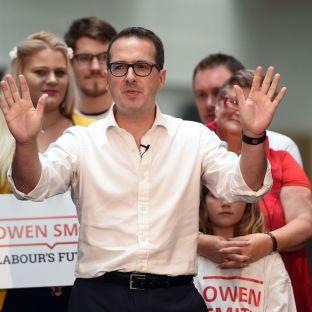 Wayne David, Labour MP for Caerphilly, has given his full support to Owen Smith, the MP for Pontypridd, in his bid for the Labour leadership.

On Sunday Wayne David attended Owen Smith’s campaign launch in his Pontypridd constituency and has said that he will give 100% support to Owen’s campaign.

Wayne David said, “Make no mistake about it, the Labour Party is in crisis.  The Labour Party needs a strong, dynamic leader who will look to the future.  Labour also needs a leader who will unite the Party behind a clear vision and a firm set of policies.  I believe that Owen Smith is the person who can do that.

“I have known Owen for many years and I know that he has integrity, ability, energy and determination. Labour needs those qualities now more than ever before”.

Labour’s leadership campaign will be conducted over the summer with the result being announced on 24 September.