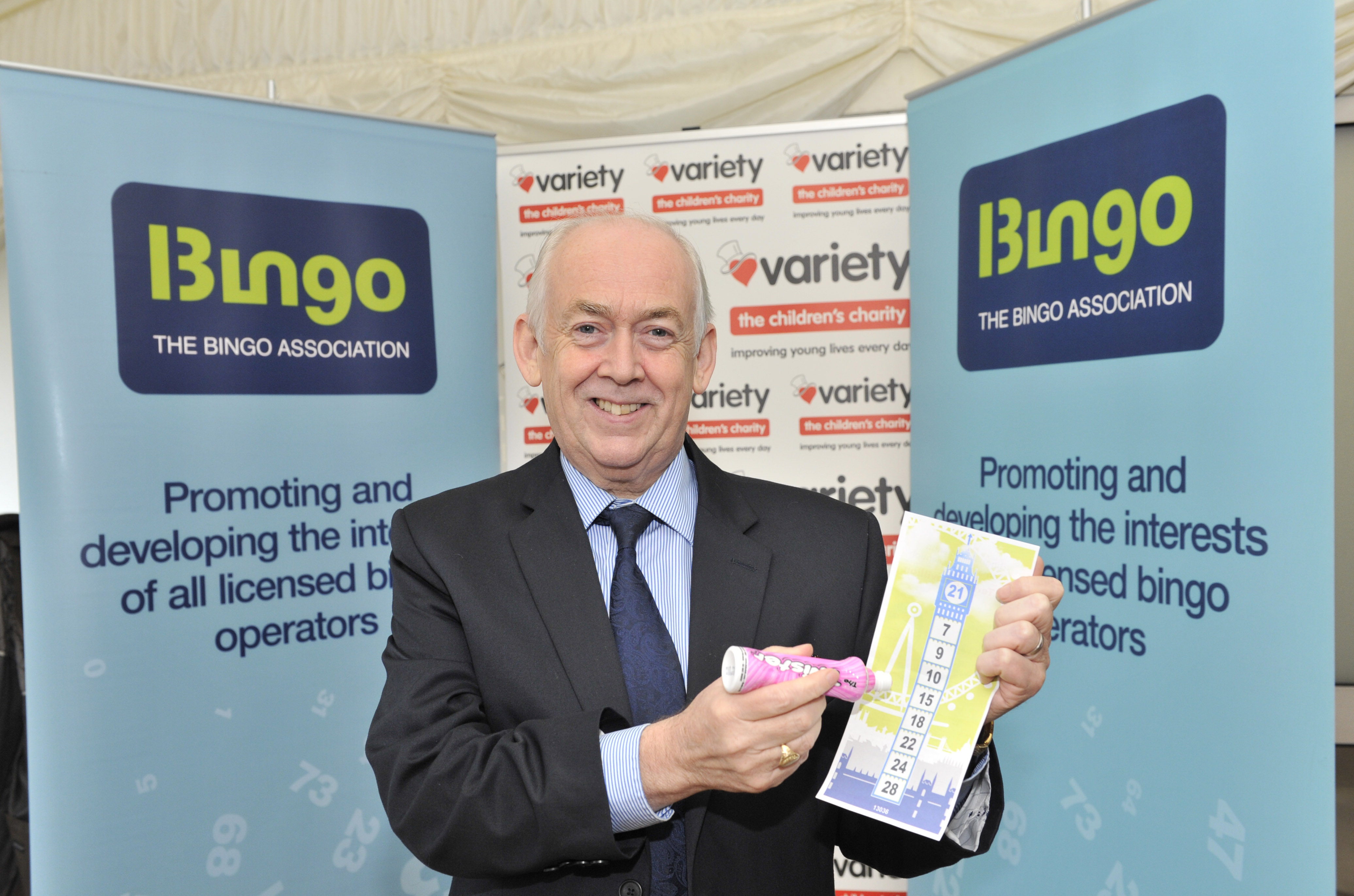 Caerphilly Labour MP Wayne David, who is a member of the All Party Parliamentary Group on bingo, joined National Bingo Game winners, other MPs, Variety beneficiaries and club operators, at a Houses of Parliament event to celebrate a successful year of fundraising in aid of Variety and 30 years of the National Bingo Game.

Speaking at the event, Wayne David said, “I am delighted to have joined players and other industry figures at The Bingo Association’s reception to celebrate the National Bingo Game’s 30th anniversary and to mark the industry donating £250,000 to Variety, the children’s charity.

“The impressive amount raised by the industry shows how hugely generous bingo players are, including those who play at the Fortuna Leisure Bingo Club in Hengoed,  and I am certain that The Bingo Association’s donation will go a long way to improving the lives of children in communities across the country.”

Angela Rippon said, “I’m very proud to represent Variety and to take this opportunity to thank bingo players and staff at clubs nationwide for their incredible support. It is only with this funding and support that Variety can continue to help young people so that they may reach their full potential.”

In addition to the cheque handover the event at Parliament also saw a charity bingo game being played, which saw an additional £200 being donated to Variety.

Chief Executive of The Bingo Association Miles Baron said, “For the second year in a row bingo clubs have raised over £250,000 for Variety, the children’s charity.

“The bingo industry is a social activity rooted in the heart of local communities.  What makes Variety such a great partner for bingo in that money raised by customers goes back to the communities from where it was come and therefore I am delighted to announce that we are extending our relationship with Variety for a third year.”

The Bingo Association and its members have been raising funds for charity partner Variety, the children’s charity since 2015. Bingo clubs across the country have taken part in a wide range of fundraising activities over this time including hosting football tournaments, cake sales, sky dives, runs, and special £1 games and prize draws. Since September last year the industry has raised over £500,000 which has enabled Variety amongst other things to purchase two Sunshine Coaches for special education needs schools.