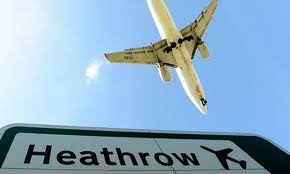 After much delay and prevarication the Government has finally given the go-ahead to a third runway at Heathrow Airport. Few doubt the need for one of Britain’s major airports to be expanded and the big choice was between expanding Heathrow or Gatwick. Located to the north west of London, from a Welsh perspective, Heathrow was always the much better option.

A large number of the manufacturing jobs for an expanded Heathrow would be created in Wales and the other day I was pressing the Welsh Secretary of State to ensure that Welsh steel will be used in the runway’s construction.

This is one of the reasons why Carwyn Jones, the Welsh First Minister, Welsh business leaders and trade unions are all strongly behind Heathrow. And not only will the third runway be of short term benefit to the Welsh economy, but it will also bring long term gains as well. Wales needs an easily accessible major airport for its exports, as well as needing an international hub airport which major investors can use when coming to Wales.

That is why there needs to be a railway spur from the soon to be electrified South Wales to Paddington line directly to Heathrow. This will allow passengers to travel to and from Heathrow from South Wales with ease and speed.

Some people have said to me, “shouldn’t you be supporting Cardiff Airport rather than Heathrow?” The answer I give is that we should be supporting both. Heathrow and Cardiff are not in competition. Each airport has a different function and provides routes and services for different customers. Both airports need to prosper.

As Britain is considering life outside of the European Union, it is now vitally important to send out a clear message: Wales is open for business and rather than looking in on itself, it is looking outward to the world. Having a major international hub airport just a few hours away, whilst having easy access to that airport, is central to Wales having a prosperous future.