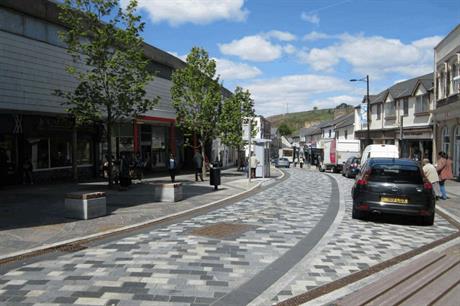 Wayne David, Labour MP for Caerphilly, has asked the Secretary of State for Wales if the Government would change the agreement on how European funds are given to communities in Wales. Alun Cairns, the Secretary of State, responded that Caerphilly had seen a fall in the level of unemployment and strongly implied that the Government would seek to allocate monies elsewhere.

Mr David asked his question in the House of Commons at Wales Questions. The Government has refused to set out its negotiating strategy for leaving the European Union, but has said that it intends to re-examine how European Structural Funds are allocated in the period before Brexit.

The remarks by Mr Cairns, following earlier suggestions by the Chancellor of the Exchequer, raise fears that central government will seek to divert funds away from the Valleys to more prosperous areas.

Wayne David said, “It is disgraceful that the Government are challenging the principle that ‘support should go to those areas that need it most’. The Government has promised to match the European funds that we will lose when we leave the EU, but it is now trying to switch European resources to relatively well-off areas.

“I will be fighting these proposals all the way. Caerphilly Borough needs as much assistance as possible to overcome the legacy of an economy being heavily dependent on the coal industry”.

To view the exchange between Wayne David and Alun Cairns in full please click here.