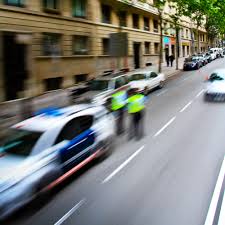 On 7 February, Caerphilly Labour MP Wayne David spoke in a debate in the House of Commons on the need to change the law on careless and dangerous driving. This followed an accident that caused the death of three of his constituents. Mr David believes that the sentence given to the defendant in this case was not, in any away, proportionate to the offence.

Mr David had called upon the Government to consult on the possibility of a change in the law. This suggestion, however, was rejected by the Justice Minister.

Mr David has now linked up with Brake, the road safety charity, and PACT, the Parliamentary Advisory Council for Transport Safety and intends to pursue the issue with a view to changing the law.

Wayne David said, “The families of the three young men who lost their lives are determined that this issue must not be dropped. I agree. Although the Government has refused to consult on a possible change to the law, it is clear from the response to my speech in the House of Commons that there is a great deal of cross party support for such a change. I intend to work with likeminded people to ensure that the law and the sentencing guidelines are changed to reflect the gravity of the crime committed.”