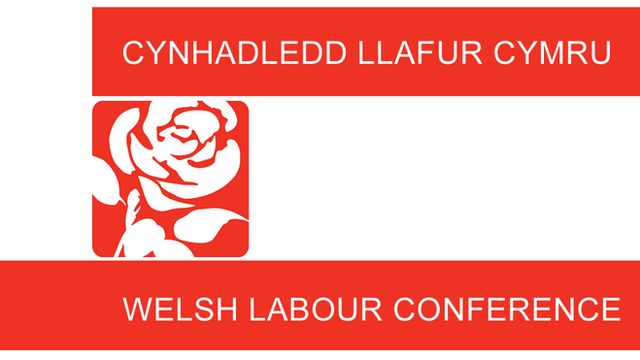 “Will you please listen carefully conference?

“£640,000, £120,000, £75,000 and £800,000. I am contributing to a continuation of a debate about Europe, so you might think that those huge sums are grants to Wales from the European Structural Funds. Nope. These sums are how much the former Chancellor of the Exchequer George Osborne received in payments before it was announced that he is to be the editor of the London Evening Standard, with a salary estimated at over £250,000 a year.

“I mention that because at a time when Wales is in very real danger of losing European funds, there are certain Tories who are laughing all the way to the bank.

“As things stands, Wales currently receives £2 billion from the EU Structural Funds. The Tories have said that they will continue to provide funds for Wales until 2020. But there are two important qualifications. Firstly, Wales will not receive money after 2020, whereas if we had stayed in the EU we would have had structural fund assistance well beyond that date. Secondly, the Tories are saying that they want to consider the areas which receive European support. They haven’t specified which areas, but we can guess. It is likely to be areas which are already doing relatively well. You can be sure that they are not concerned about places like Rhyl or Rhondda, or Pontypridd or Pontlotyyn, or Bargoed or Betws.

“While I believe it is important to respect and accept that Britain, including Wales, voted to leave the European Union, we know that people did not vote to leave with the intention that Wales should become worse off. Neither do we believe that this is inevitable. It will depend on the choices that the UK Government will make.

“So far, I have to tell you, the choices that Theresa May’s Government has made are not encouraging. The Prime Minister wants Britain and Wales to be largely outside of the Single European Market. What does this mean? It means in simple terms that Wales could be cut off from two thirds of its export market. If May’s lunacy continues that could mean the loss of thousands of Welsh jobs.

“That way is the Welsh Labour way. Carwyn has, I believe, pointed us in the right direction. Wales needs a positive relationship with Europe. A relationship that has at its core the need to protect jobs. But we also need to ensure that those powers that are pulled down from Brussels go to the Welsh Government, where appropriate. We must be mindful that the Tories want to use Brexit as a means to grab powers back from the Welsh Assembly and we should fight them every inch of the way to stop this happening.

“Conference, a sensible Brexit means that we should continue to benefit from programmes like Erasmus Plus, which provide so many benefits to young people, and why we should remain a partner in the European Investment Bank. Crucially, it also means that environmental laws should be transposed en bloc into British domestic law and, perhaps above all else, workers’ rights -; hard won in Europe -; must be made permanent in British law: maternity rights, paternity rights, paid annual holidays, the working time directive and health and safety legislation all need to be protected and made permanent.

“This is an ambitious agenda, but it is also a realistic one. The Tories have not got the right to impoverish this country and attack the rights of working people using the excuse of Brexit. Our task is to respect the decision in the referendum, but crucially we have to fight for a new relationship with Europe which can secure Wales’ future.”