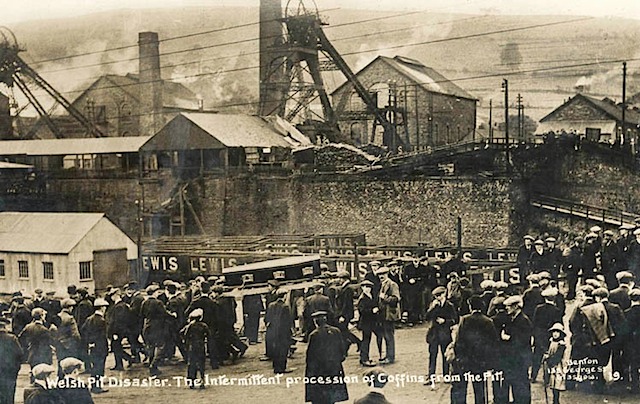 Wayne David, Labour MP for Caerphilly, has indicated that the Treasury in London has said there is the possibility that a thorough search could be done to see if there is in existence an account of approximately £12 million relating to the Senghenydd disaster.

The Caerphilly MP had written to the Government in London and has received a reply from Treasury Minister Simon Kirby.  The Minister has said “while there is a potentially lengthy process for accounts over 100 years old, particularly where there is only partial information available, the British Bankers’ Association will be happy to look further in to this specific case, with the Banks involved, to see whether or not there is a record of remaining account monies in respect of the relief fund”.

This information has been passed on to Aber Valley Heritage Group who are in the process of pursuing this.

Wayne David, who is an historian by background, has also said that he intends to make his own enquiries during the next few months.

In 1913 an explosion killed 439 miners and a rescuer at Universal Colliery in Senghenydd, Caerphilly. About £115,000- £12m in today’s money -; was unspent from a relief fund set up for victims’ families, according to records kept in Swansea.