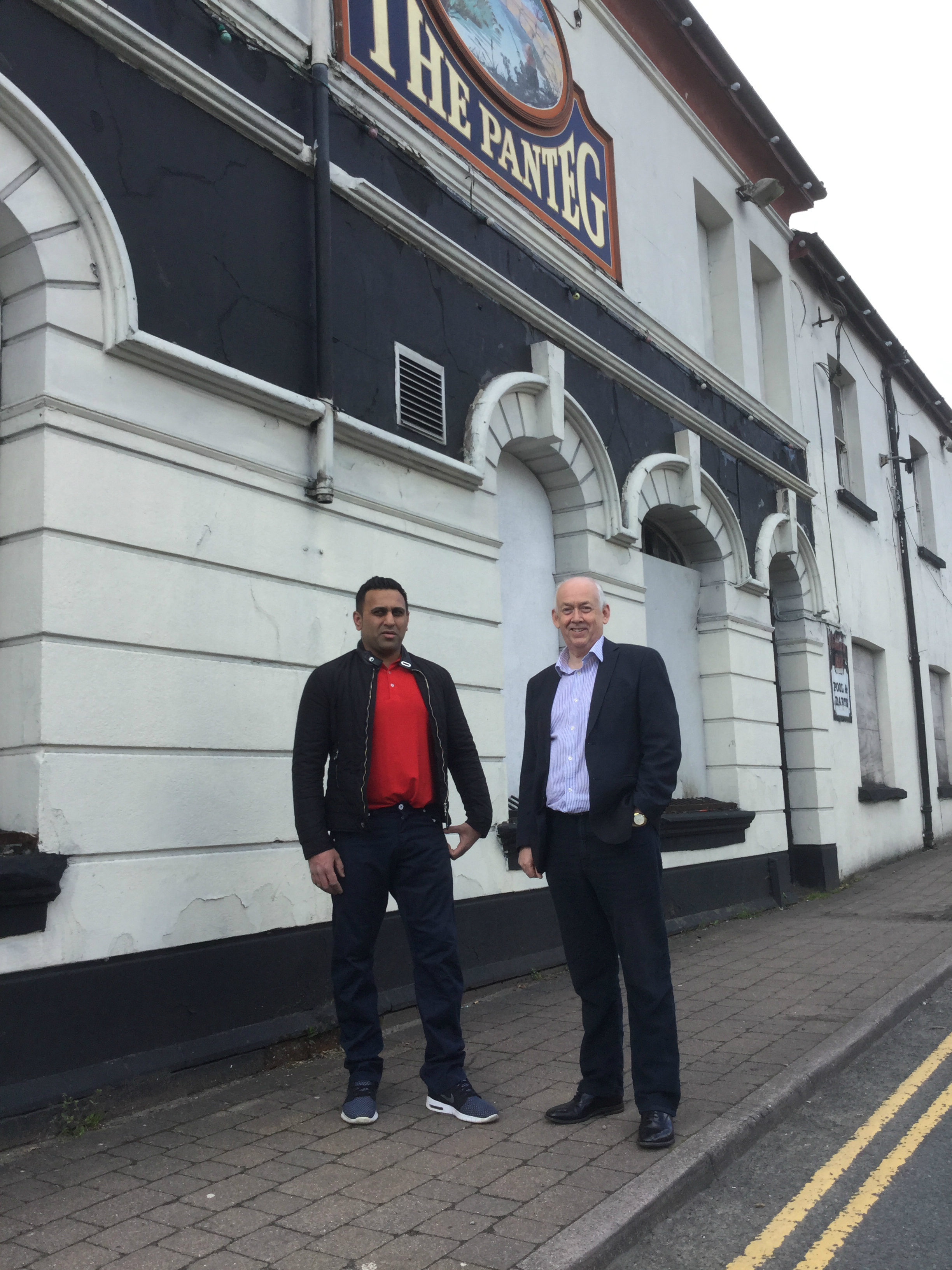 Wayne David, Labour MP for Caerphilly, has met with Shabaz Akram, who plans to move Abertridwr’s post office from its current location to The Panteg in the centre of Abertridwr.

Mr Akram has secured planning permission to transform the old Panteg Hotel, which has been disused for a number of years, into a post office and retail outlet with 9 flats on the first floor.

Public consultation has been held with local people and the moves have been welcomed.

Wayne David said, “I have been very impressed with Mr Akram’s plans.  For a long time The Panteg has been an eyesore.  I am delighted that it is now to be put to good use with a new post office being central to the development”.