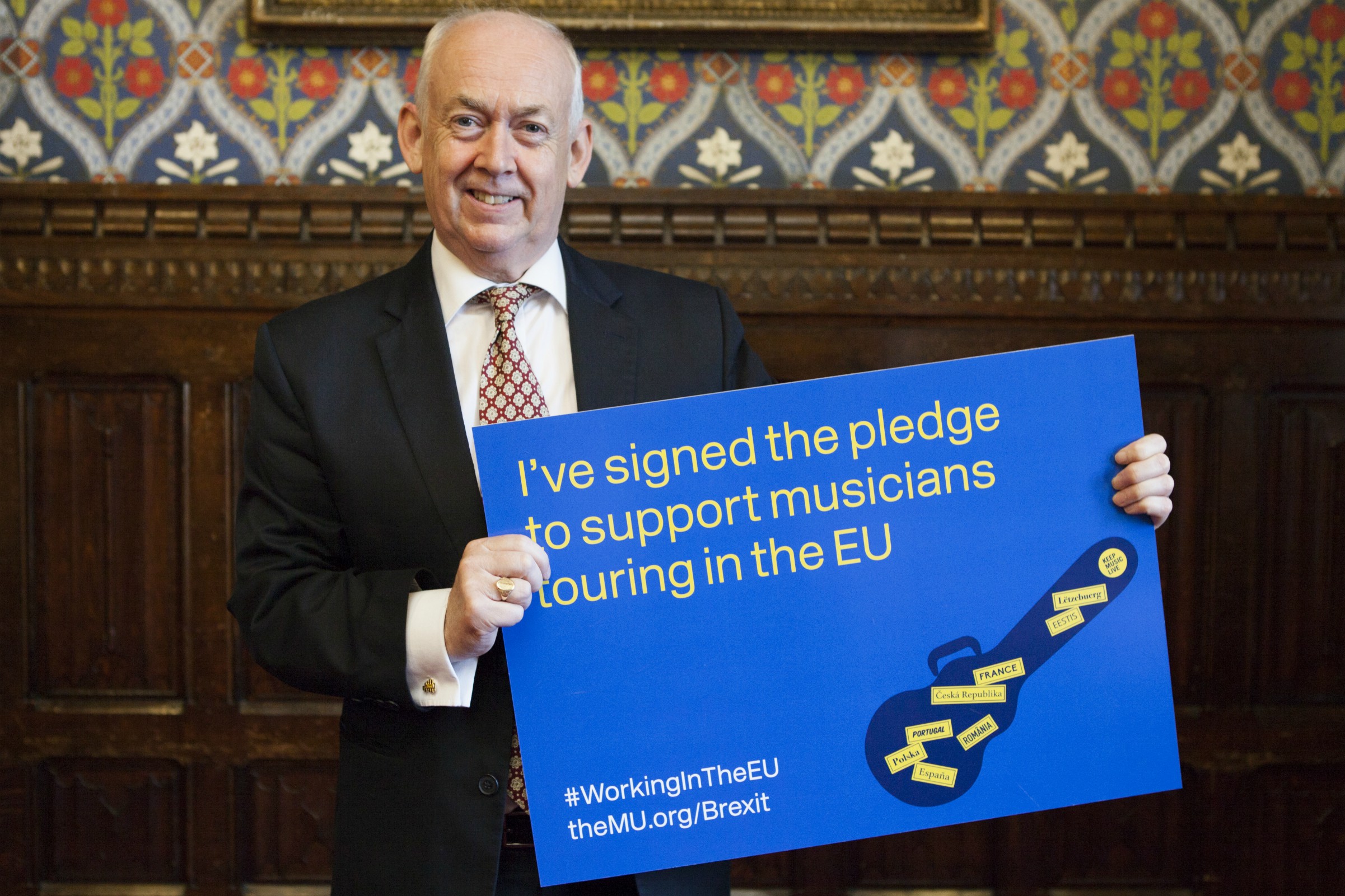 Wayne David, Labour MP for Caerphilly, has given his support to local musicians in their campaign to ensure that the UK gets the best deal for British music when the country leaves the European Union.

The creative industries add over £87 billion to the UK economy and they are the fastest-growing sector, employing 1 in 11 people. The UK is the largest producer of recorded music in Europe and the second largest exporter of music, behind the United States.

Since the general election, Mr David has been contacted by a number of local musicians who have underlined how important it was that their industry is not disadvantaged by the UK leaving the EU. In particular, the musicians said that as Brexit negotiations begin the protections they wanted to see include the ability to tour and trade easily with the rest of Europe, the ability to attract European talent and vital EU arts funding.

Musicians are very concerned that the Brexit process may lead to the introduction of individual member state work permits and/or visas for British musicians touring and working across Europe. Most professional musicians and performers rely on touring and travelling for their careers and livelihoods and gigs are often organised at short notice. As some performers can be working in several different European countries over the course of a few days, the possible introduction of work permissions and/or visas for British musicians touring and working in Europe could be extremely detrimental.

Wayne David said, “At an event in Parliament this week, I pledged my support for professional musicians and performers in the Caerphilly constituency. I will do what I can to press the Government to ensure that local musicians can continue to be able to travel easily across Europe post-Brexit for touring and performing with minimum administrative burdens. As a musician myself, albeit an amateur oboist, I recognise that this is an extremely important issue”.