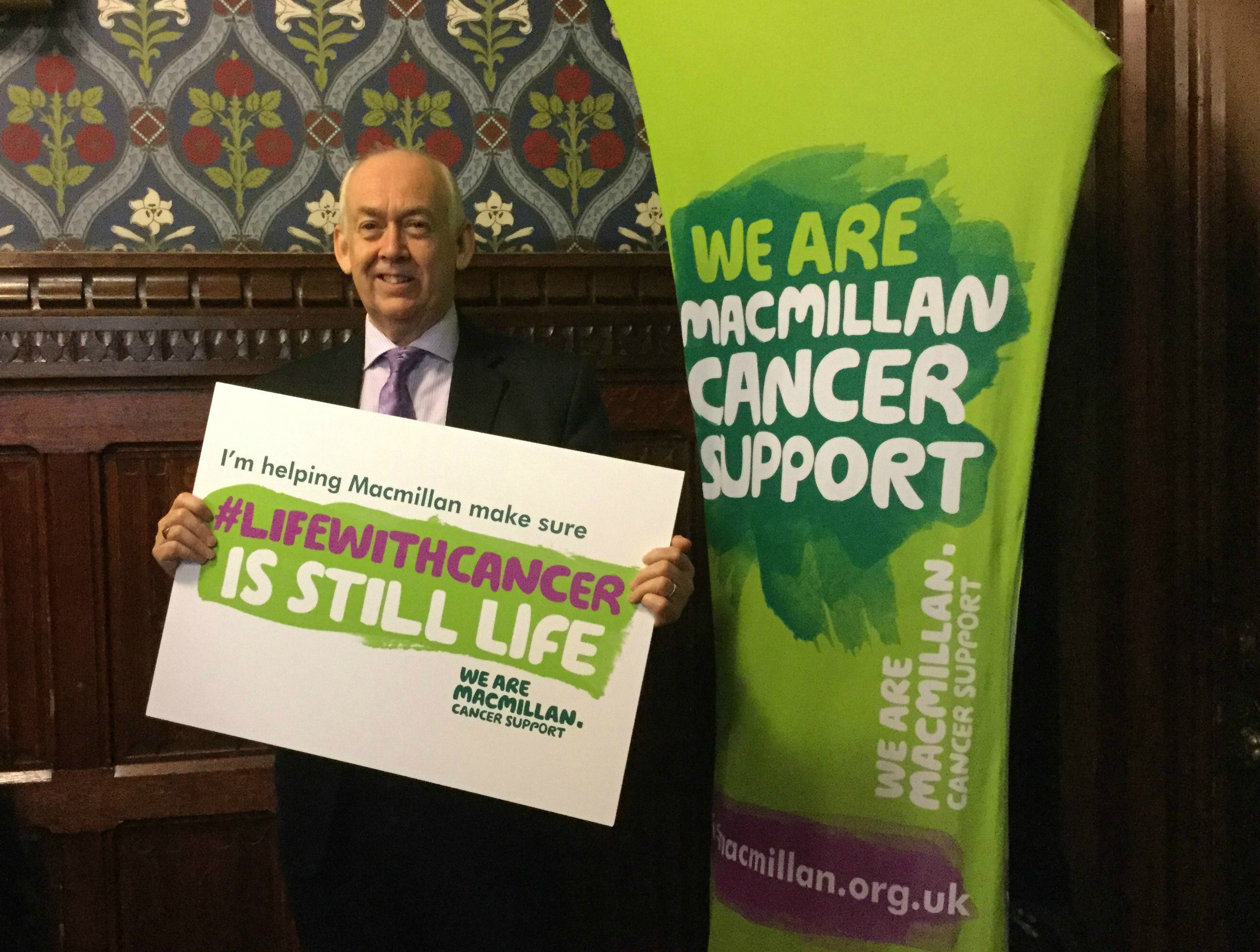 Wayne David, Labour MP for Caerphilly, has attended the World’s Biggest Coffee Morning in Parliament to show his support for Macmillan Cancer Support.

The event coincided with the publication of a new report by Macmillan that highlighted the challenges people face after cancer treatment ends.

The Coffee Morning in Westminster followed on from the annual World’s Biggest Morning Coffee Morning with events held across the country. Last year over £29 million was raised for Macmillan and it is the charity’s biggest fundraising event of the year. This year Mr David attended a Coffee Morning in support of Macmillan at Mount Carmel in Caerphilly.

As well as raising money for Macmillan, the aim of the Coffee Morning is to encourage people to get together and talk about all the issues people living with cancer have to deal with. This year there has also been a focus on highlighting the physical and emotional challenges that people can face after finishing cancer treatment.

Research published by Macmillan shows that around one in three people are still struggling with their physical wellbeing up to two years after their treatment has ended. The research also reveals that a third of people who have completed treatment in the last two years say their emotional wellbeing is still affected.

Speaking after attending the Coffee Morning for MPs in Parliament, Mr David said, “Macmillan’s World’s Biggest Coffee Morning is a fantastic annual fixture and it is always really well supported throughout the Caerphilly constituency. I was really glad to have the opportunity to attend this extra event in Parliament to pay tribute to the excellent work that Macmillan Cancer Support do for those affected by cancer and their families.

“As more people survive after being diagnosed and treated for cancer, it is important that they receive the practical, physical and emotional support they need, both during and after their treatment.”