‘It is important to reflect on the power of words on Holocaust Memorial Day’, says Wayne David MP 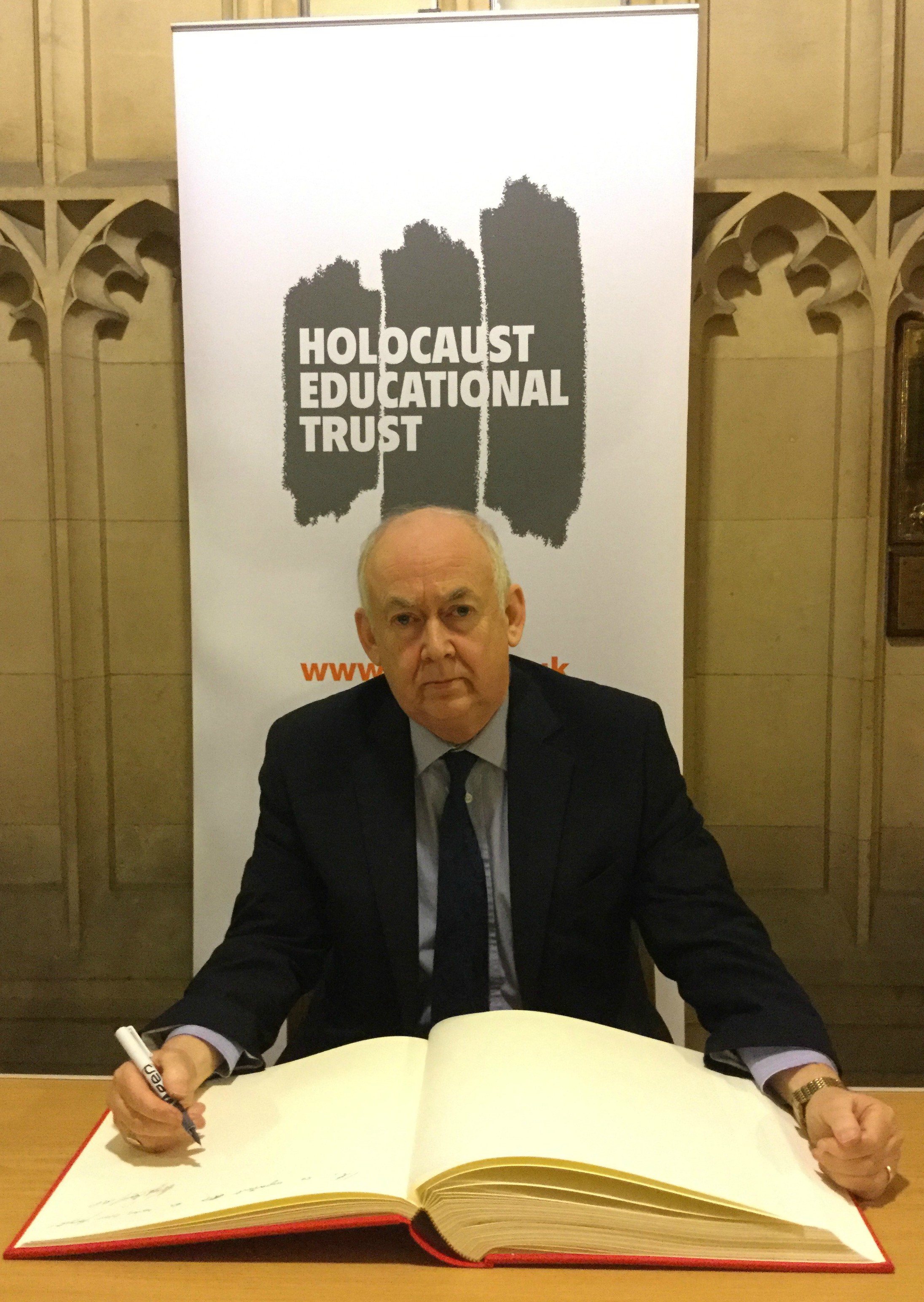 Wayne David, Labour MP for Caerphilly, has signed a Book of Commitment to remember the victims and honour the survivors of the Holocaust. In signing the Book, Mr David urged his constituents to reflect on the importance of the words we all use and the impact they can have.

Holocaust Memorial Day is on 27 January (this Saturday). This is the anniversary of the liberation of the Nazi concentration and death camp Auschwitz-Birkenau, which Mr David has visited and is the site of the largest mass murder in history.

To mark this important anniversary, Wayne David was invited by the Holocaust Educational Trust to sign their Book of Commitment in the Houses of Parliament. The Book is a mark of respect to those who were persecuted and killed during the Holocaust. It is also a pledge to support the work of the Trust to learn the lessons from the past and create a safer and better future.

Each year the Holocaust Educational Trust choose a different theme for their commemorative events for Holocaust Memorial Day. This year’s theme is the power of words. Spoken and written words can have a huge impact, whether for good or bad. In looking at the words we use, this year’s Holocaust Memorial Day is an opportunity to explore how language has been used in the past, and the impact it can have today.

“The theme of this year’s commemorative events is the power of words. I would therefore urge my constituents to reflect on the importance of the words we all use as we mark Holocaust Memorial Day”.