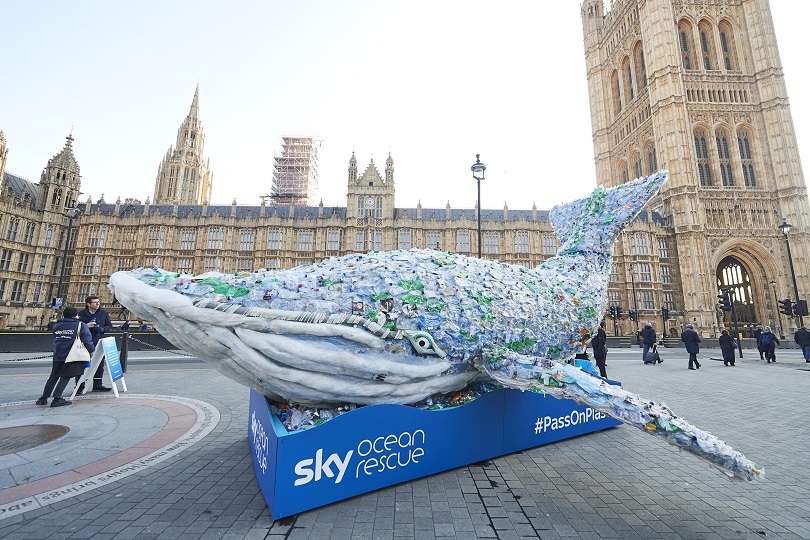 Wayne David MP is encouraging people living in the Caerphilly constituency to ‘pass on plastics’ by giving his support to a campaign to reduce the use of single-use plastics.

The #PassOnPlastics campaign is urging people to commit to making simple changes that will help to cut down on the amount of single-use plastics we all use. These changes include buying loose fruit from supermarkets instead of fruit in a plastic bag, no longer using plastic cutlery or taking their own re-usable cup when go people go to their favourite coffee shop.

Making these simple changes will reduce the amount of plastic pollution and make a huge difference to ocean health. Research by the #PassOnPlastics campaign shows that there are currently 5 trillion pieces of plastic in the world’s oceans. This figure grows by around 8 million tonnes every year.

The #PassOnPlastics campaign was launched by Sky Ocean Rescue last year and it aims to shine a spotlight on the issues of ocean health, particularly regarding single-use plastic, and inspire people to make small changes. As part of the campaign, earlier this week Plasticus, the Sky Ocean Rescue whale visited Parliament, as can be seen in the photograph above. The whale is made from a quarter of a ton plastic, which is the amount of plastic that enters our oceans each and every second.

Mr David has committed to do his bit to reduce the amount of single-use plastic he uses in his daily life. He has also given his support to a separate campaign to make the Houses of Parliament plastic free.

Mr David said, “The Welsh Government led the way in 2011 when Wales was the first part of the UK to introduce a charge for single-use carrier bags. It is now important we all look at ways to reduce our plastic consumption.

“The recent BBC series Blue Planet 2 showed exactly why our oceans and seas are so important. It also showed the devastating impact plastics pollution is having on sea life and why we must all do what can to protect it”.