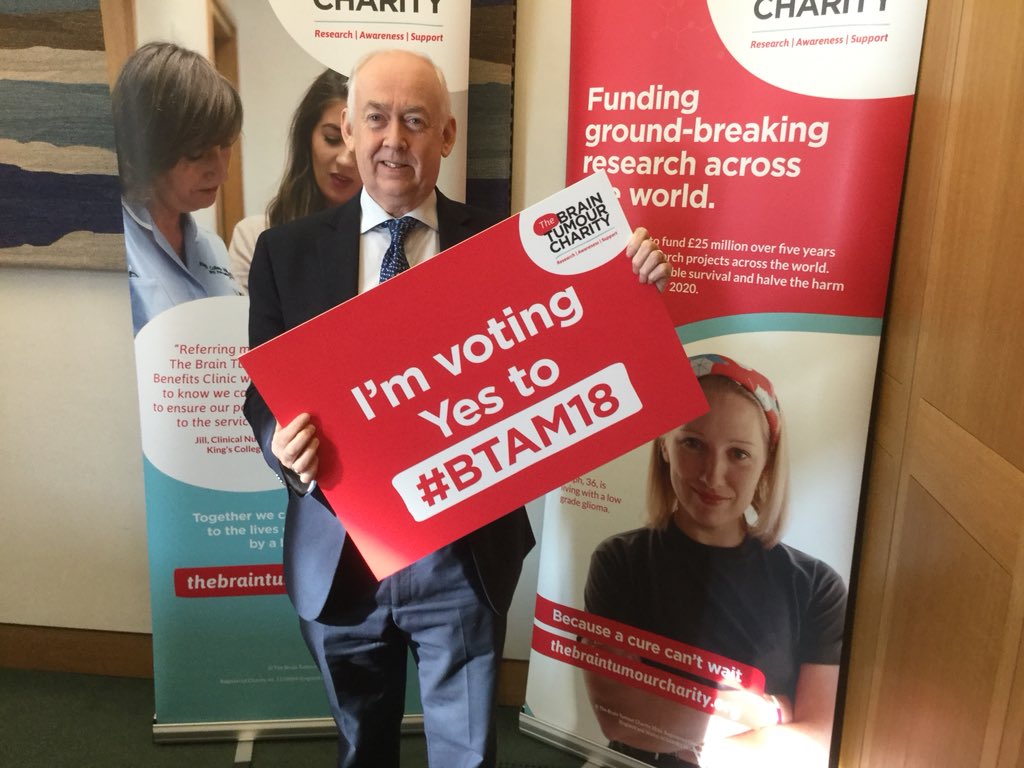 Wayne David, Labour MP for Caerphilly, has joined up with The Brain Tumour Charity to host an event in the Houses of Parliament for Brain Tumour Awareness Month.

March is Brain Tumour Awareness Month and the information session for MPs was held to highlight the shocking fact that brain tumours are the biggest cancer killer of children and people under the age of 40 in the UK. Brain tumours also, on average, reduce life expectancy by 20 years.

In November, Wayne David raised the case in Prime Minister’s Questions of his constituent Sharron Jones who had a malignant brain tumour removed 20 years ago. As a consequence, Sharron continues to suffer from severe headaches and back and neck pains. Despite experiencing no improvement in her condition, Sharron has been faced with a reduction in her benefit payments.

Since raising Sharron’s case in the House of Commons, Mr David has been working with The Brain Tumour Charity as they aim to raise awareness of the signs and symptoms of brain tumours in children and young people to assist with their earlier diagnosis. If brain tumours are diagnosed earlier this will help reduce long-term disabilities and save lives.

Speaking after the event in Westminster, Wayne David said, “It was a real pleasure to host this successful information session and I am pleased that so many MPs turned up to find out more and give their support to such a worthwhile cause.

“The case of my constituent Sharron Jones, which I raised in the House of Commons in November, shows that our benefits system needs to be reformed to protect the most vulnerable in our communities, including those affected by brain tumours”.

The Brain Tumour Charity is at the forefront of the fight to defeat brain tumours, making a difference every day to the lives of people with a brain tumour and their families. It funds pioneering research to increase survival, raises awareness of the symptoms and effects of brain tumours and provides support for everyone affected.

It funds and promotes the UK-wide HeadSmart campaign, raising awareness of the signs and symptoms of brain tumours in children and young people to make earlier diagnosis a reality.

For more information about the charity or its work please go to its website: www.thebraintumourcharity.org